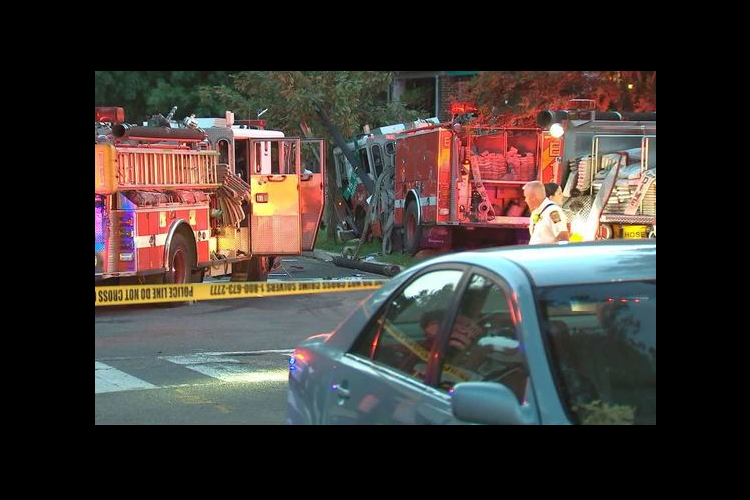 WASHINGTON (FOX 5) – Five days after eight D.C. firefighters were injured in a crash while responding to a fire, FOX 5 has learned one of the engines involved in the collision should not have been on the street and neither engine had a working camera.

When Engine 8 and Engine 19 collided at the intersection of 15th and K streets in the east end of Capitol Hill last Friday night, one of them had an inspection sticker that expired two days before the crash. Both engines were at least 15 years old and in the reserve fleet.

This latest accident with injury, the fourth in just over a year, has the firefighter’s union calling for better training.

“To the best of my knowledge, we don’t teach anybody how to drive,” said union president Dabney Hudson. “We don’t do it in a probation. We don’t allow them to do it before they come out of the training academy. The only time people go down for vehicle training is if they are trying to become a technician or get turned over to drive.”

In the Washington D.C. area, all jurisdictions require firefighters to take an Emergency Vehicle Operator Course (EVOC), which includes hours of classroom time.

Five years ago, a special report commissioned by the D.C. Council recommended the fire department put the course into its training curriculum, but it has not been done.

D.C. Fire and EMS Chief Gregory Dean said he was unaware a full EVOC course had not been put in place at the fire training academy.

“It was my impression when I heard that we had EVOC, that we were following the EVOC course,” he said. “But I did not have a full understanding as I do today that we were not doing the 16 hours that went along with it … I am aware of that and we will look into that.”

Chief Dean said he was committed to putting a full EVOC program in place and he would look in the budget to see where he could find the money to fund it.

Since last summer, there have been four major crashes involving fire apparatus.

Firefighter Dane Smothers Jr. was critically injured when he was crushed by a fire truck on Capitol Hill. Last March, a D.C. man, DeAngelo Green, was killed when Engine 26 responding to a call collided with his car on Rhode Island Avenue in Northeast D.C.

The fire chief said he is committed to driver safety.

“We continue to do the course driving for all our members,” said Dean. “We have added safety battalion chiefs to go out and investigate accidents trying to make sure we are looking at the core issues of what is going on.”

After the deadly accident on Rhode Island Avenue, Chief Dean reinforced the driver safety policies that the fire department has had. After Friday’s crash, a new policy was put into effect.