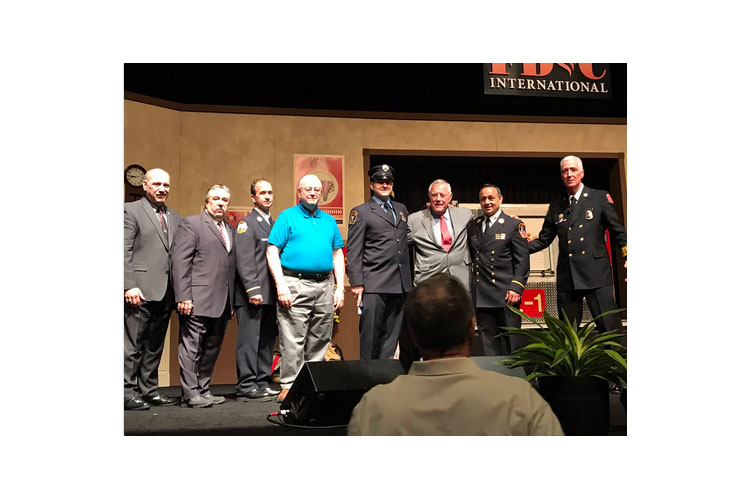 Lee, a 13-year member of FDNY, was cited for rescuing in an early-morning, six-alarm fire 81-year-old Jim Duffy, the occupant of the top-floor apartment of a five-story Old Law tenement that had fire on every floor. Since the building had no rear fire escape, Lee was lowered on a life-saving rope over the rear edge of the building to the window of the fifth floor to make the rescue in blacked-out conditions and high heat. The rope caught fire while Lee and Duffy was being lowered; it fell apart as they reached the ground. A man on the third floor died, and three other civilians and 11 firefighters suffered minor injuries in the fire. The fire began on the first floor, blocking residents from escaping through the front door. The audience viewed the Lee rescue story on video.

Joe Downey thanked Mr.  Biolchini for “memorializing the legacy of his father with the Award, presented in the memories of the FDNY firefighters lost on 9/11.  Chuck Downey noted: “This award would brighten our Dad’s face, for it simultaneously recognizes the courage and valor of an individual and the courage and valor of our beloved department. Today we celebrate the success of training, courage, teamwork, and the importance of everyone performing their function on the fireground, supporting the mission of the team to the very best of their abilities.”