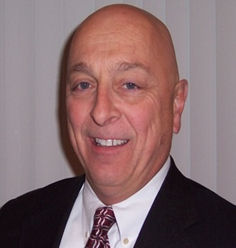 Marinucci has been in the forefront of the United States Fire Service for his entire career. He leaves an impression on all who meet and deal with him, and would follow his lead, simply because it is him leading! Marinucci’s many accomplishments include:

The Ronny Jack Coleman Leadership Legacy Award recognizes an individual from an accredited agency or the Chief Officer Designation echelon for superior leadership and actions that have elevated the International Fire and Emergency Service (IFES) profession through mentoring, teaching and sharing outstanding contributions; and who has exhibited the consistent dedication of renewal qualities and commitment to fire service professionalism by demonstrating a devotion to help raise the International Fire and Emergency Service to greater heights.

The Center for Public Safety Excellence Inc. (CPSE) is a 501 (c) (3) nonprofit organization established in 1996 to award accreditation to fire and emergency service agencies and to pursue scientific research and education in the public interest. In 2000 credentialing was developed to facilitate in the professional development and career planning for fire and emergency service personnel.