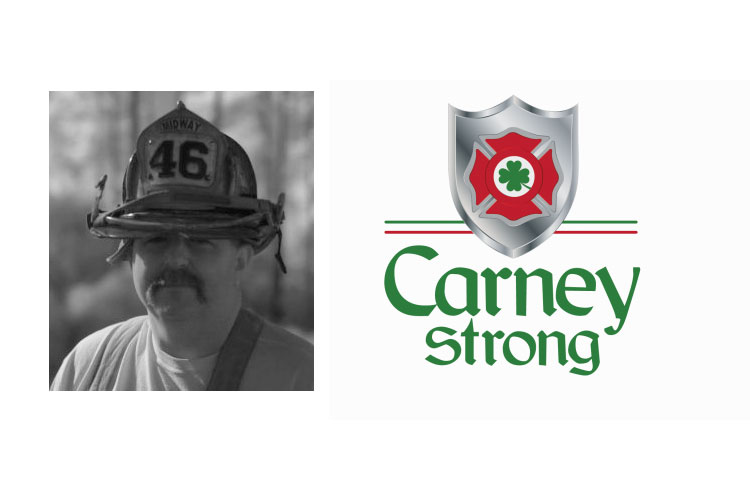 Josh Carney, a Battalion Chief with Midway Fire Rescue in Pawley’s Island, South Carolina, was just 41 years old when he was diagnosed with Stage 4 Melanoma cancer in June 2017. This aggressive cancer claimed Josh’s life four months later. While he understood the well-known risks of being a firefighter, what Carney and his family didn’t understand was the hidden danger of firefighter occupational cancer. His diagnosis stemmed from his nearly two-decade career as a firefighter.

To continue Josh’s legacy, his family has made it their mission to raise awareness of firefighter occupational cancer. Lillian, Josh’s wife, stated, “I do not want another wife at Midway, or another wife anywhere to have to be handed the folded flag that was once on her husband’s casket.”

His cousin, Kristine Munck, worked to raise funds to purchase Responder Wipes, on-scene decontamination wipes, which will be donated to the North Haven, Connecticut Fire Department. North Haven FD, a combination career and volunteer department, is the family’s hometown department, where Josh started his career, and where his best friend is still a firefighter. Munck raised over $1,000 allowing her to purchase enough wipes to supply the department for over a year.

Once Responder Wipes learned of Kristine’s efforts to honor BC Carney, they partnered with the Carney family to launch the “Carney Strong” Initiative. Working through the non-profit “Brothers Helping Brothers,” the initiative will select one volunteer or small municipal fire department each month through the end of the year to provide decontamination products and cancer prevention and educational materials to.

In addition to Responder Wipes providing decontamination wipes, Solutions Safety Products and Services will participate by donating CitroSqueeze gear cleaner and SC-14 tool and equipment cleaner. Last Line of Cancer Defense will be donating activated charcoal soap to use when showering after a fire and Overhaul, a natural supplement to aid in the detoxification after exposure.

Unfortunately, the Carney family is not the only one to lose their loved one to firefighter occupational cancer. Robby Brannon, a firefighter with Goose Creek City Fire Department in South Carolina lost his battle to Stage 4 Melanoma, with his passing also coming just months after his diagnosis in 2017 when he was 44 years old.

The Carney family’s hope is that Josh’s and Robby’s legacy will live on through the firefighters and departments they bring cancer awareness and prevention tools to. Together these partners believe in mitigating the firefighter occupational cancer risk to ensure that everyone goes home.

To donate to the Carney Strong Initiative, please go to www.brothershelpingbrothers.org/carney-strong-initiative.

Midway (SC) Battalion Chief Passes Away After Battle with Cancer