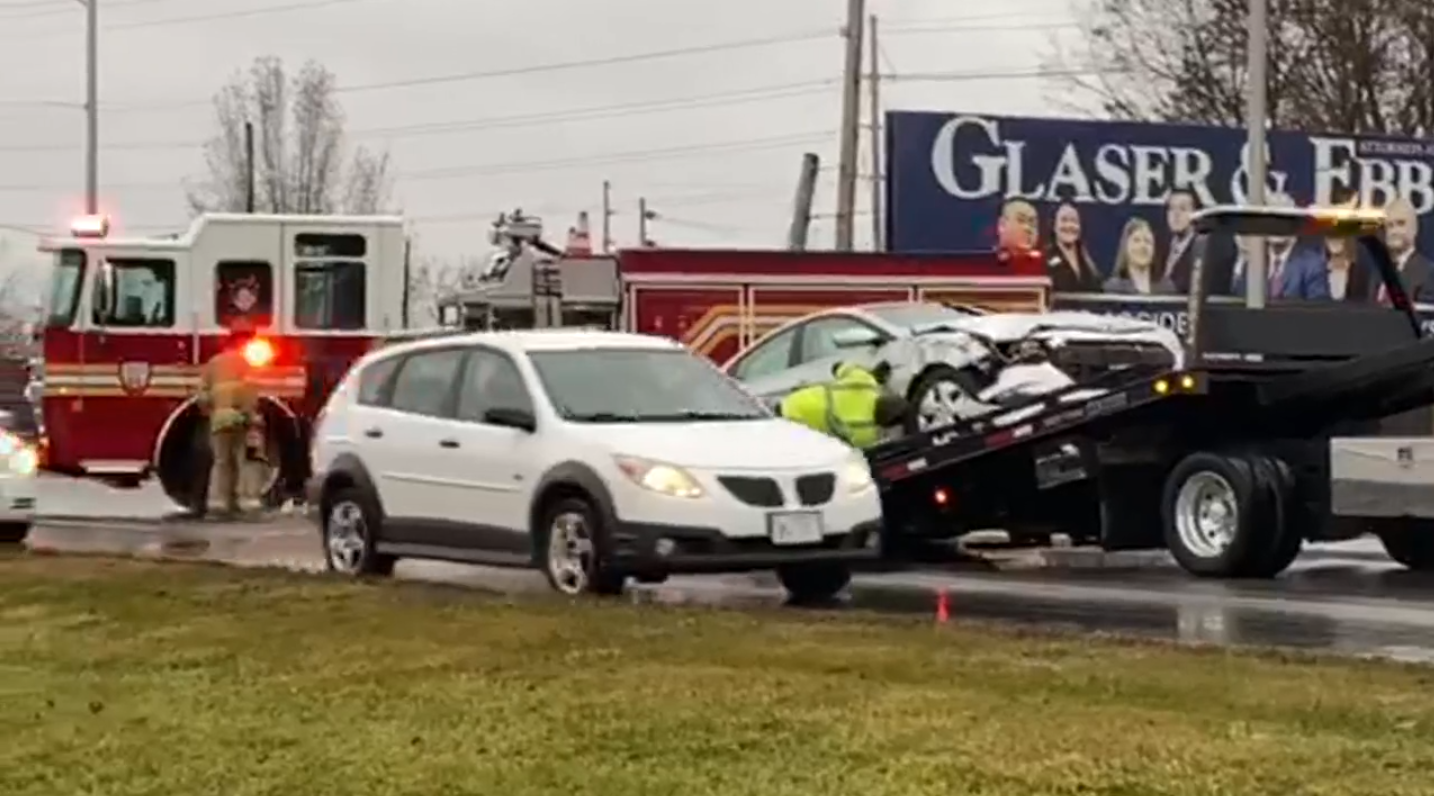 A fire department spokesman said Engine 2 was responding to a crash when it was struck in its passenger side near the tire.

Four firefighters aboard the engine were not hurt. The driver of the car was taken by ambulance to the hospital with minor injuries.