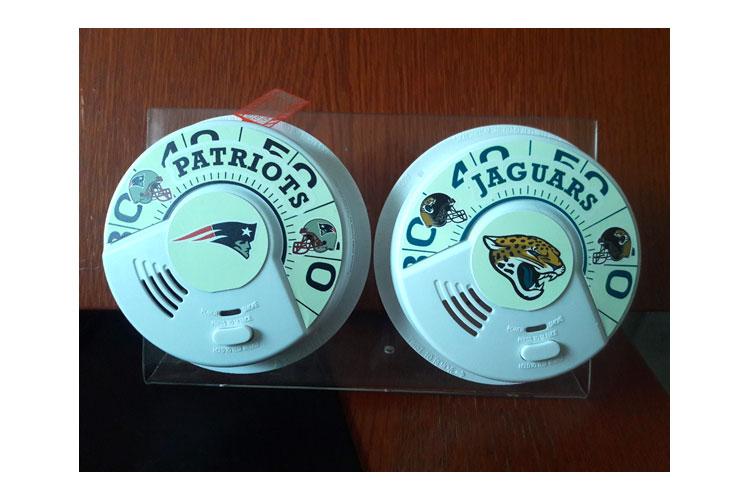 Boston (MA) Fire Department Commissioner Joseph E. Finn has entered into a Friendly Wager with Jacksonville (FL) Chief of Department Kurtis Wilson on this Sunday’s Conference Championship matchup between the Patriots and the Jaguars.

“The importance of smoke alarms cannot be overlooked. Smoke alarms protect families! To have the opportunity to speak about the importance of Fire Safety in a Fun way is Awesome. No matter what NFL team you root for, we, in the fire service industry will always put protecting families first. And it all starts with having smoke alarms installed in homes,” said Chief Finn. “This is our second year participating in The Buff Projects Family Safety Challenge We are looking forward to seeing our Patriots smoke alarms being installed in yet another City’s Chiefs office.  We appreciate The Buff Projects giving us the platform to talk to families about protecting their love ones with smoke alarms.”

As part of the wager, The Buff Project, a New York City-based fire safety organization and distributor of officially licensed NFL team identified smoke alarms, will donate 50 NFL licensed team-branded smoke detectors for each game throughout the playoffs to the fire departments to use in their fire safety outreach efforts. In addition, The National Fire Protection Association (NFPA) will provide each city with educational material for their Education Programs.

“Working smoke alarms protects families,” said Chief Wilson. “To have the opportunity to educate families on the importance of having smoke alarms in their home by utilizing this upcoming game between two fantastic teams on Sunday, I am thrilled about that. Thanks to the Buff Project, Jacksonville Smoke Alarm Education Program will have Jaguar branded smoke alarms to install into homes. We look forward to seeing Chief Finn hanging The Jaguars smoke alarm in his office!!! Go Jags!!!”

For further information about The Buff Project and to purchase a team-identified smoke detector, visit: www.thebuffproject.com.