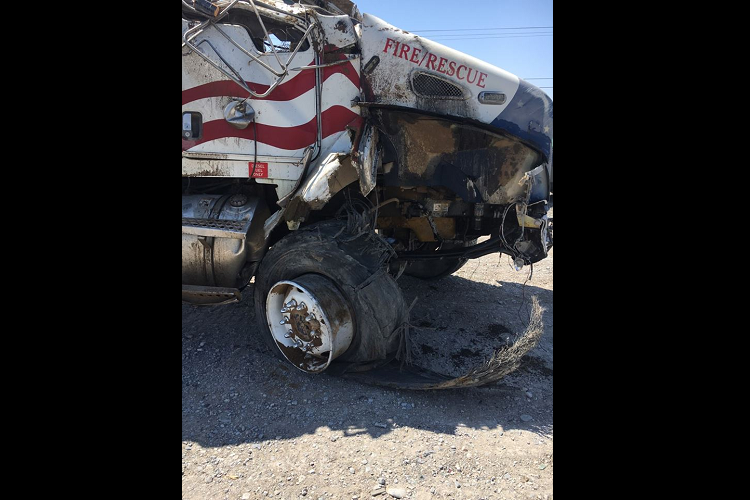 HAWTHORNE, NV (ABC15) – Officials say two Arizona firefighters who were returning home after battling the Carr Fire in California were involved in a rollover crash.

On Monday, the firefighters were on the way back from their assignment when their engine blew a tire and it rolled on U.S. Highway 95 just outside of Hawthorne, Nevada, a spokesperson said.

The men were extricated from the engine and airlifted to a Nevada hospital to be treated for non-life threatening injuries.