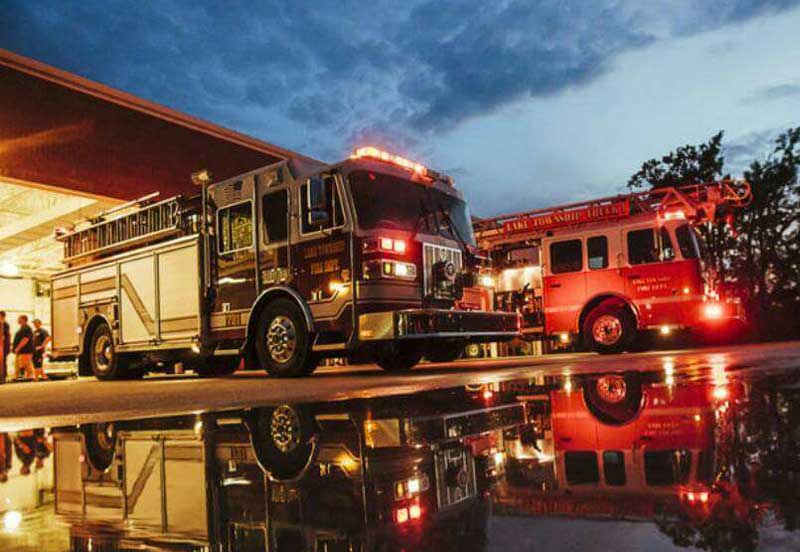 On December 14, a Lake Township (OH) fier truck was involved in a crash with an alleged drunk driver. The pumper involved has been deemed a total loss.

A reserve engine is currently in place while the the department’s chief considers options.

The accident occurred while the fire apparatus was en route to a call. An opposing vehicle stopped for the fire truck, but another vehicle being operated by an alleged drunk driver struck the first car, sending it into a ditch. Then the second vehicle veered and was struck by the fire truck.

Firefighters rendered aid to those who needed it at the scene. In all, there were six victims according to the department’s chief.