The Southwestern Polk County (OR) Rural Fire District is in the process of merging with the neighboring Sheridan Fire District, with a vote on the proposition set for November 2021.

In the meantime, both fire districts had a need for new apparatus, so they turned to Midwest Fire to build four pumper-tankers, three of which would go to Southwestern Polk County and the fourth to Sheridan.

The combined fire districts cover 223 square miles, Schulze notes, most of it rural and residential territory with pockets of commercial and industrial structures, including the city of Sheridan and the town of Rickreall. 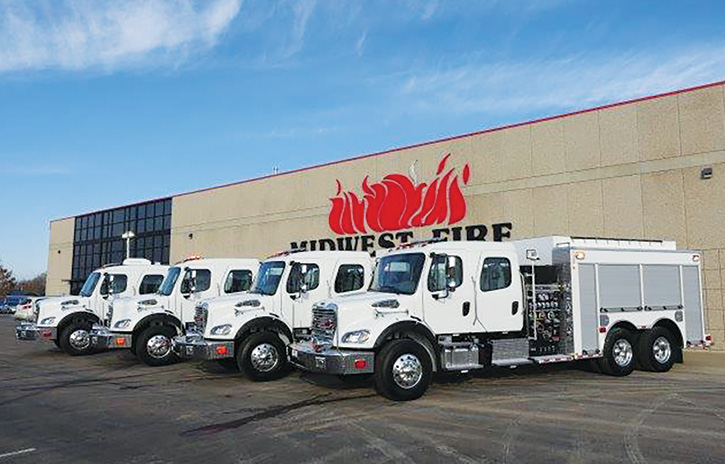 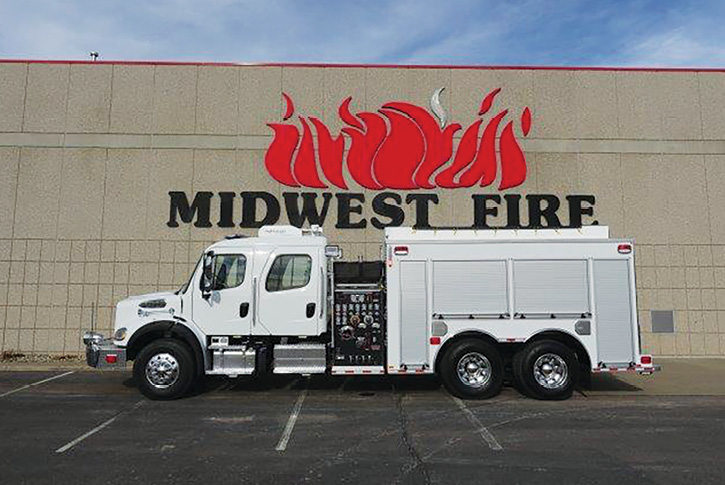 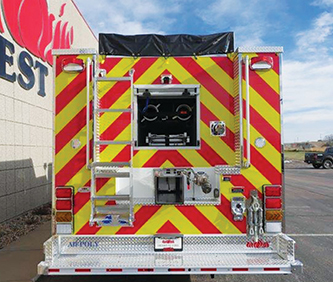 3 Ladders, hard suction, and pike poles are stored in through-the tank compartments. Access to the tops of the vehicles is by a folding ladder seen at the left. 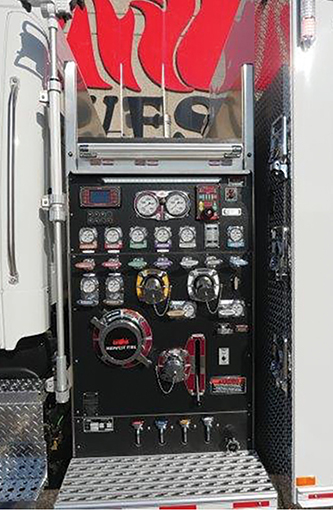 4 The pump panel on the Hale pump.

Schulze says the move to pumper-tankers is a change from the district’s current standard operating guidelines of running a Type 1 engine as first due. “Given the time of day and the location of a structure fire, we are never sure how many volunteers we would get to respond,” he points out, “so we wanted to capitalize on the first piece of apparatus to go to the scene and then get backed up by a Type 1 or a big water tender.”

Jensen notes that Midwest has seldom built 2,000-gallon tankers on tandem rear axles, but Southwestern Polk County wanted the maximum amount of storage available, which would not have been possible on a single rear axle. “We also had an overall length restriction on the pumper-tankers,” he observes, “because they have a lot of soft roads up there and wanted to carry the minimum amount of water to suit their needs and not be overweight on their soft roads.” 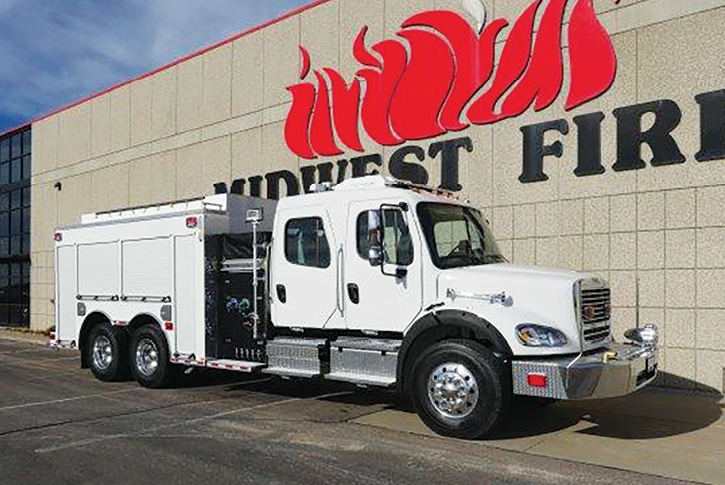 Schulze points out that the pumper-tankers have two 200-foot 1¾-inch hose crosslays, one 200-foot 2½-inch hose crosslay, 150 feet of 1¾-inch hose in a hose well and Elkhart Brass Sidewinder remote control monitors on the extended front bumpers, and Newton 10-inch square manual dump valves with telescoping chutes at the rear. The hosebeds carry 1,000 feet of 4-inch large diameter hose (LDH) and 500 feet of 2½-inch hose, which can be used either as supply or attack lines.”

He continues, “We also have a 2½-inch discharge and a 2½-inch direct tank fill at the rear and full-depth and full-height compartments covered by roll-up doors on both sides of the pumper-tankers to maximize storage, especially for our extrication rescue tools. The ladder complement, hard suction, and pike poles are stored in a through-the-tank compartment; we have four SCBA spare bottle storage compartments; and there’s a folding hosebed access ladder at the rear.”