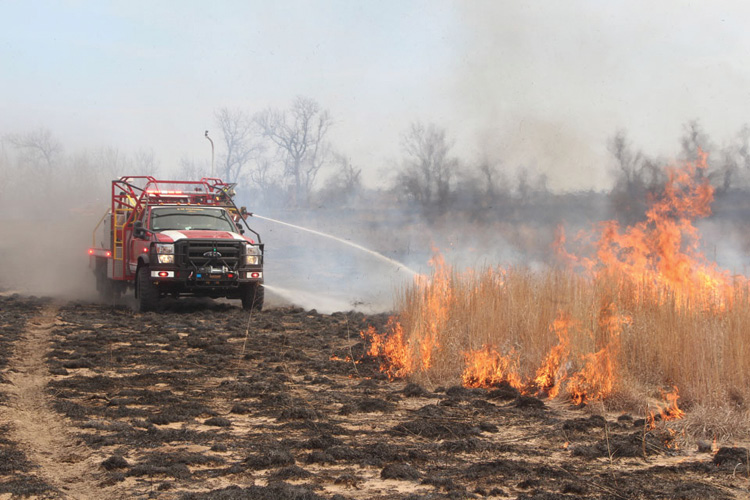 I do, however, look at incidents where injuries or fatalities have been reported and consider the contributing factors so that lessons can be learned. As many of these incidents are not frequent events for many departments, there is a need to prepare and understand the challenges.

Municipal and structural firefighters may be at the greatest risk for injury or line-of-duty deaths (LODDs) in wildland and other outside fires as these are not as much a part of their regular routine. They may not have the same level of preparation and experience to deal with situations that pop up that are out of the ordinary. But, we should be able to draw on some of the similarities and opportunities to better prepare and reduce risks. Looking at the data, one could conclude that the risks for injuries and worse include cardiac issues; responding to, returning from, and working on the roadways; and items falling on firefighters. Structural firefighters have the same issues—their health, getting to and from the incident, and falling objects. While some may consider this an oversimplification, it does provide a starting point to look at ways to improve the safety of the operations.

Year in and year out, the number one cause of LODDs is related to cardiac issues. When you consider the challenges of grass and brush fires, you know there are additional stresses placed on the human body. Personally, I always thought it was always more work on a grass fire than going to a structure fire. It may have been psychological, but it may also have been wearing structural firefighting gear along with the usual high temperatures. Regardless, be cognizant of the threats presented.

As with most safety issues, there are things that need to be done ahead of the incident and considerations during the incident. First, physical conditioning is a big deal in all aspects of firefighting. Members should have regular physicals in accordance with National Fire Protection Association standards. Identifying preexisting conditions is a great preventive action. The idea is not to restrict personnel but to identify issues that can be fixed or treated. Regular fitness activity is needed. All firefighters need to commit to being in the best possible shape for potential incidents, including grass and brush fires.

Everyone should evaluate their intake and consider changes to improve their diet. I am not suggesting radical changes in most cases but adjustments that can improve overall health. Moderation is the best approach. No doubt that working on grass and brush fires can stress the body, so a good starting point is essential.

There are important actions to be taken when responding to brush and grass fires. First, understand that structural firefighting gear may not be the best option. Of course, many departments don’t have a choice. If this is the case, there needs to be more awareness of the stresses placed on firefighters, especially in cases of high temperatures and humidity. Firefighters do need protection. The time to figure out your best option is not after the fire starts. Have a plan as to what will work for you. As part of that plan, consider your rehab needs. Proper hydration remains one of the priorities. Being hydrated before the call is important but not always practiced. One consideration is to place bottles of water in all riding positions so that the process can begin on the way to the call. Establish formal and appropriate rehab for any cases where the incident will last more than a short period of time. This includes not only hydration but monitoring of personnel. Should the incident last longer than normal, nutrition will also have to be considered.

Statistically, responding to calls and working on the roadways contribute to way too may LODDs each year. This is also the case for brush and grass fires. Looking at it from a risk management perspective, all risks for this should be minimized as rarely are life safety considerations part of almost all grass and brush fires. As such, more time should be taken to respond and operate safely. There needs to be very deliberate and controlled response. Another factor to be considered is maintenance and upkeep of fire apparatus. Some departments have “second-hand” vehicles for brush and grass response, like older vehicles or used apparatus adapted for brush fire use. Make sure your vehicles are safe to operate, especially if they are infrequently used.

The last area to discuss is the rare but important threats. Firefighters have been killed in brush and wildland fires from falling trees and also because of a lack of accountability systems that require compliance. Minimizing risks is not much different from structural firefighting. Accountability is imperative, and freelancing cannot be allowed. Discipline during the operation is critical. There need to be regular personnel accountability reports. You need to know where personnel are operating and their status. Regarding falling trees, situational awareness and some good luck are important. There are other hazards to firefighters that may not be as threatening to life safety but can cause injuries, some serious. Working on unstable ground and under varying levels of physical stress can contribute to strains, sprains, broken bones, and the like. Firefighters must not let their guards down and remain aware of their surroundings.

Grass, brush, and wildland fires present challenges for many structural firefighters. There are some unique risks involved, and departments and their personnel must properly prepare to minimize the chances of something going wrong, including apparatus and equipment maintenance, training, and individual wellness. As always, incidents that are infrequent offer the biggest risk for injuries and worse. It is sometimes easy to get complacent on calls such as these, but remaining vigilant and cognizant of the situations being presented helps in making good choices. Just because you are out in the open does not mean you are in the clear!

The Outdoor Effects Emissivity Has on Thermal Imaging

Portable Pumps Get Wide Use Among Wildland Firefighters