Several manufacturers have recently introduced new or improved 100-foot aerial ladders and platforms—rigs whose length is typical of aerial devices—but some makers are offering aerials that go to even greater lengths, adding anywhere from several feet to lengths in double figures to their ladders.

Joe Hedges, product manager for chassis and aerials at E-ONE, says E-ONE builds the CR137, a 137-foot five-section welded extruded aluminum ladder in a rear-mount configuration that has 126 feet of horizontal reach. “A lot of customers want it for buildings with long setbacks from the road as well as for its vertical reach,” Hedges notes. “The aerial has 13-foot 8-inch crisscross underslung jacks and an integral torque box chassis that combines the chassis frame rails and the aerial torque box into one strong structure.” 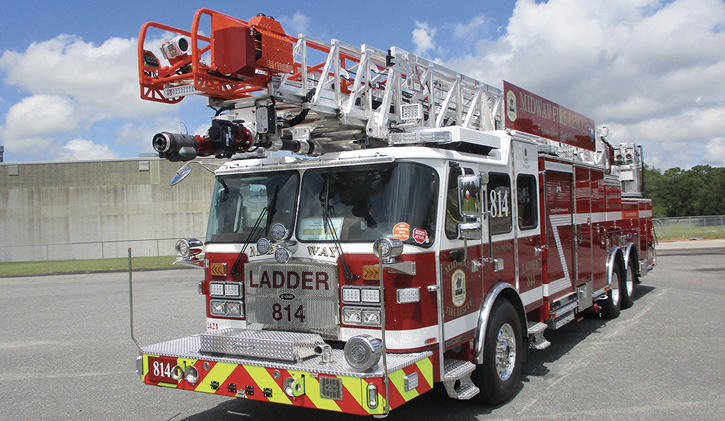 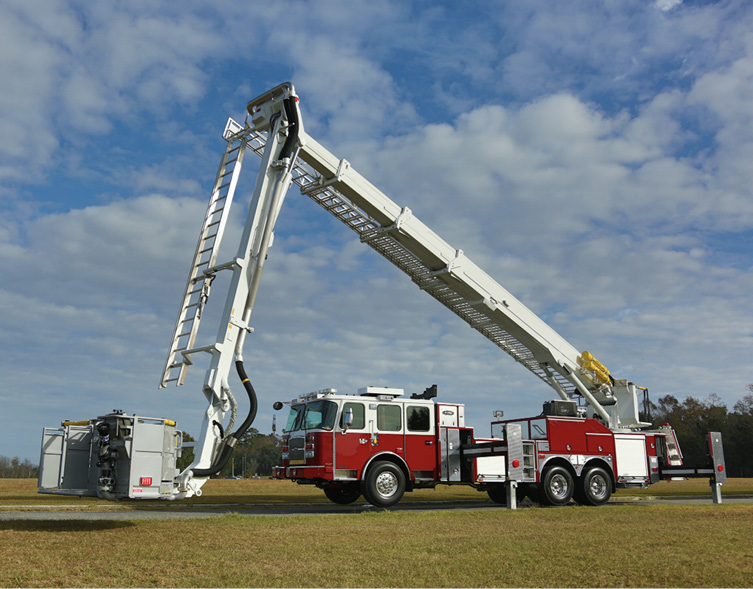 2 E-ONE built this Bronto Skylift 135RLX articulating platform aerial that has a vertical height of 135 feet and a horizontal reach of up to 88 feet with 500 pounds in the bucket.

Hedges adds that E-ONE also makes the HM110 aerial ladder in a low-travel-height, short-wheelbase configuration that has 110 feet of vertical extension and 102 feet of horizontal reach. “It has crisscross jacks with an 11-foot spread and an advanced aerial control system that shows the operator how many personnel can be at the tip, depending on how far the aerial is elevated and extended,” he says. “We also offer the Bronto Skylift 135 RLX articulating platform and a new model, the RLP (Rescue Ladder Platform), in 100-, 114-, and 134-foot lengths.”

Brandon Whittaker, aerial sales manager for Rosenbauer, says Rosenbauer makes three models of Viper aerial ladder rigs in greater-than-100-foot lengths: the 109-foot Viper on a single axle, the 109-foot Viper on a tandem axle, and the 125-foot Viper straight stick. “All of our aerials are equipped with Smart Aerial controls,” Whittaker points out. “We are seeing a lot of interest in our 109-foot Viper on a tandem axle Commander chassis that has a 46-degree cramp angle that gives a turning radius as good as or better than a single axle. Our 109-footer has a horizontal reach of 102 feet and can have either a 500-pound or 750-pound tip load.” 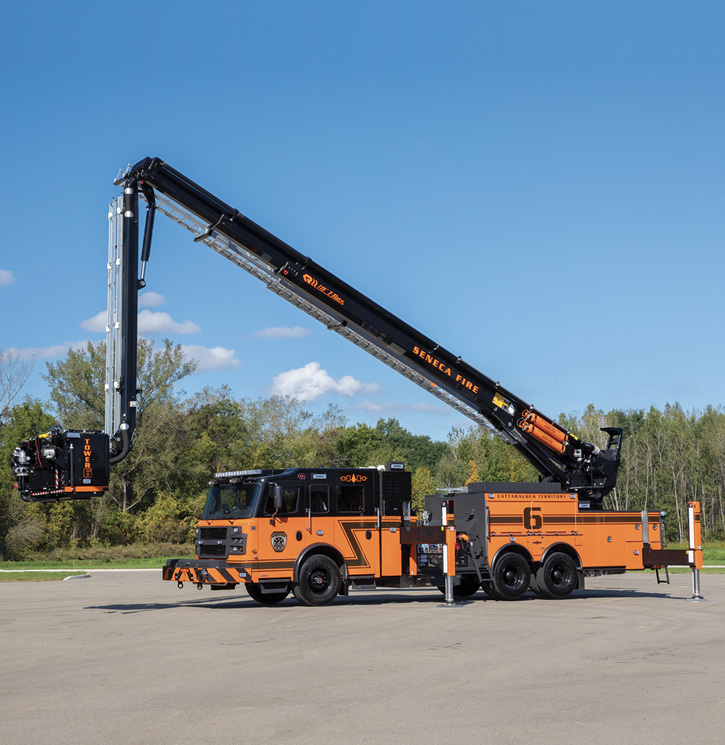 Randy Hummer, aerial account manager for Spartan ER, says Spartan ER’s Smeal-designed aerials are available in the S34RL-105 and the S34RL-125 aerial ladders. “The 105-foot four-section rear-mount ladder is configured with a four H-style outrigger design and placement that allows departments to achieve full operational capability on a 12-percent grade downhill and uphill,” Hummer says. “It has an 11-foot 10-inch travel height and an unrestricted 750-pound tip load, wet or dry.” The Smeal 125-footer has a horizontal reach of 121 feet at zero degrees, Hummer points out, along with an unrestricted 750-pound tip load wet or dry, a standard operating range of minus 12 to plus 72 degrees, and four H-style outriggers with an 18-foot jack spread and 13-foot short jacking capability. 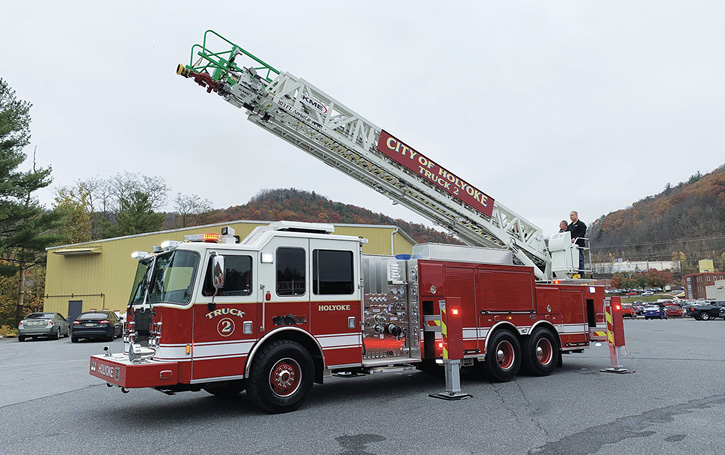 Zach Rudy, director of sales for Sutphen Corp., says in 100-foot-plus configurations, Sutphen makes the SLR108 rear-mount aerial ladder, the SPH112 midmount aerial platform, the SPI110 industrial aerial ladder, and SPI112 midmount industrial aerial platform. “The SLR108 has a ladder that goes to 108 feet vertically, with a horizontal reach of 98½ feet,” Rudy says. “It’s constructed of 6061-T6 aluminum alloy and fastened with aircraft grade Huck® bolt technology that eliminates the need for welds. The SLR108 has two sets of underslung jacks with a jack spread of 16 feet.” 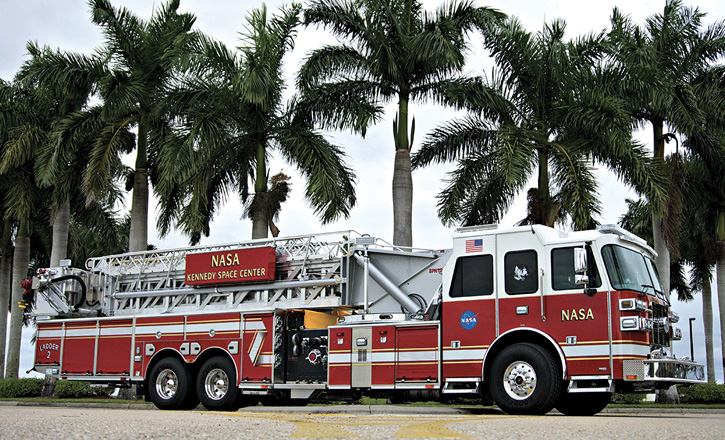 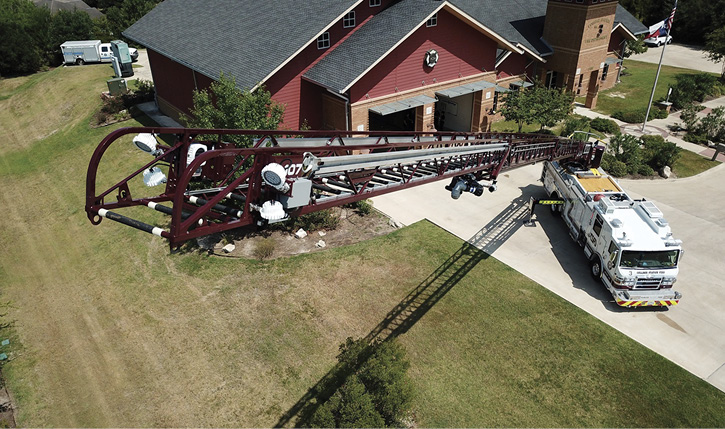 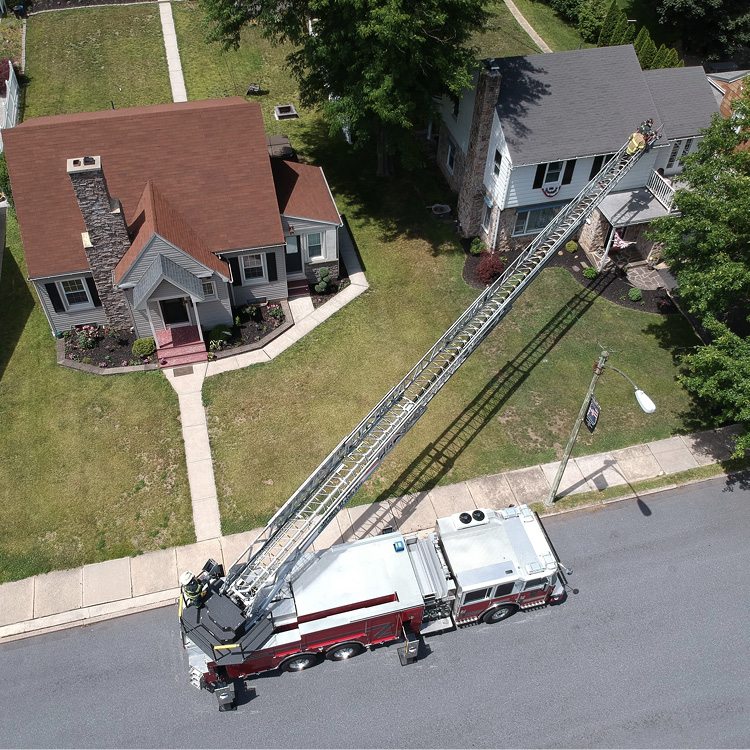 Tim Smits, Pierce’s senior sales manager of aerial products, points out, “Our Ascendant 107-foot aerial ladder has a horizontal reach of 100 feet, while our Ascendant 110-foot aerial platform has a horizontal reach of 90 feet. Both models have two H-style stabilizers with an 18-foot jack spread just ahead of the rear wheels and one straight-down downrigger at the rear. And when the Ascendant is made in the PUC configuration, which allows for a more compact and maneuverable vehicle, the truck gains 30 cubic feet or more of compartment space.”