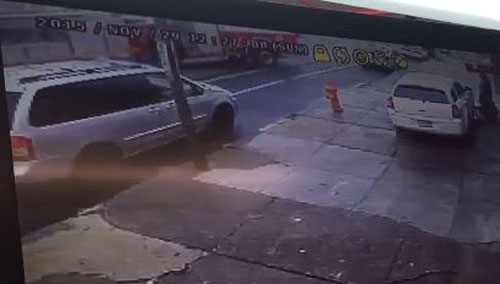 VIDEO: surveillance captures the accident. A Philly ladder truck crashes on the way to a call. @NBCPhiladelphia pic.twitter.com/9QJHE3rZP9

On November 29, Philadelphia (PA) Fire Department Ladder 13 was en route to an incident when it was involved in an accident that injured the fire truck‘s five firefighters.

According to philly.com, the fire apparatus, a tractor-drawn aerial, struck several parked cars before coming to a stop. All five firefighters suffered minor injuries. Fire officials said the crash is under investigation.