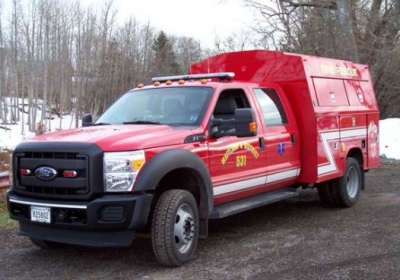 The Maitland Volunteer Fire Department located in the province of Nova Scotia, Canada, received a newly-built $95,000 rescue unit in late November, according to a report from the Enfield Weekly Press.

The report indicates that the vehicle was constructed on a Ford F-550 chassis with the body being finished by commercial manufacturer. The truck was assembled at LeBlanc Fire Truck repair in Moncton, N.B.

Maitland firefighter Will Lawrence was quoted in the report to say, “The truck does everything the old rescue did, but it has much more capacity for expansion. It has something like 50 per cent additional storage capacity, and the storage is laid out better so that we can get at our equipment more quickly and easier.”

Lawrence continued to say that the old truck was sometimes dangerous for firefighters:

“In the existing rescue, you had to climb into the back to get almost anything out of the rear bed of the truck. This new truck has a pull out tray, and 90 per cent of the equipment can be accessed without getting on the truck. It improves speed, efficiency, and firefighter safety because they can’t fall off the truck by accident.”