I’ve been asked many times during my training exercises if a thermal imaging camera (TIC) can be used for water rescues. The answer is, sure, but there are limitations. You must know when and when not to use the TIC, but having it with you in your toolbox means you are prepared if the situation calls for a TIC.

First, let’s understand that there is no TIC on the market that can see into water. Second, the person or object you are searching for must be floating on the surface, meaning your TIC will not help you when fishing or recovering a body. Third, and probably the most important, not all TICs will float. Having said that, it might be best to fill a bucket of water or a sink at the fire station to see if your TIC floats. The last thing you want to do is drop it overboard from your marine unit by accident because you forgot to use the lanyard to secure it to yourself. I can see the paperwork now, “Chief, no one was more surprised than me when I heard a splash and watched the TIC disappear into deep darkness as it left behind a trail of bubbles.” 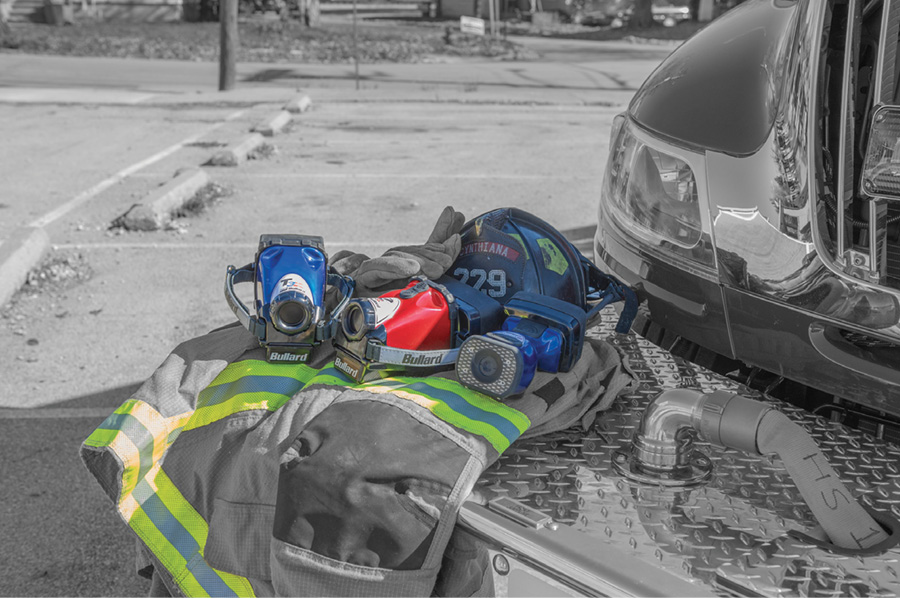 1 Understanding the limitations of your TIC is critical when responding to a water rescue call. (Photo courtesy of Bullard.)

I’ve had two experiences in my career with water rescues. One was working with the Coast Guard during a training exercise on the Great Lakes. The Coast Guard took one of its rescue swimmers, put him into a mustang ice and water rescue suit, and took him out in the vast wide-open water. Our exercise was to find the swimmer in a certain amount of time. I used elevation to my benefit and got up as high as I could on the Coast Guard cutter and started scanning the vast open waters. As I said at the beginning of this column, there are limitations when using a TIC that may or may not hinder your search.

Some of those limitations pertain to weather and water conditions. If it’s extremely windy, the water most likely will be choppy with white caps. In this situation, I wish you the best of luck in your search because it’s going to take a while for you to locate the swimmer. If calmer conditions prevail, then you are in luck and will have better success. In this situation, you will want to use your TIC’s field of view (FOV) and overlap your scanning process. Look sideways and up and down as far as you can, which will help you become accustomed to the water. If it’s daytime and the sun is out, you’ll see the water glistening; if it’s dark, the water will be glittering from the moonlight.

Once you have established a baseline of the water, now look for something that doesn’t belong and hopefully you will find the victim or object you are looking for. This day, I was in luck that the weather and water conditions were in my favor, and I spotted an object about 1,200 feet from our starboard bow. I advised the captain, who then communicated with our swimmer to turn and face me. I had detected our swimmer from behind in his encapsulated suit. As I mentioned earlier, always look for something that doesn’t belong. This exercise took us about 30 minutes. Now depending on the circumstances, the time of year, and the weather conditions, you may or may not have 30 minutes to locate your victim. In that case, the mission turns from rescue to recovery, especially if the victim is not wearing a personal flotation device or some sort of flotation suit.

My second experience happened during the winter, which would make this an ice and water rescue. Two snowmobilers were out cruising a large lake late in the evening; a woman was watching TV in her home when she saw the lights from their vehicles disappear into the darkness. She called 911. Police, fire, and EMS personnel showed up with information gathered from the 911 caller that the snowmobilers were out there “someplace.” This call was a needle in a haystack scenario. It just so happened that I was at that fire station conducting an evening training when the call came in, and I couldn’t resist the temptation of going along. The plan of attack was for the members of the fire department to show up with their snowmobiles and use their TICs to start the search. The firefighters took their snowmobiles out a short distance from the shore to start their search. As I had just been instructing the firefighters to use elevation when scanning with a TIC, they stood on the seats of their snowmobiles and started scanning using their FOV and overlapping left and right so they could see their partners. Again, when searching, always look for something that doesn’t belong. Within a half hour, both victims were recovered and transported back to the waiting ambulance for hypothermia treatment. At the debrief, the firefighters explained that with the cold contrast of the snow, even though the two victims had just come out of the water, there was enough difference in temperature that they were able to detect the snowmobilers using their TICs.

So, will a TIC work for water rescue? Remember, there are limitations, and at times a TIC may or may not work, but it is a critical tool in the toolbox for you to use when the situation calls for it.