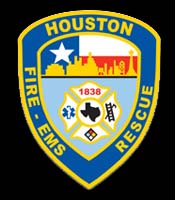 Two Houston (TX) fire trucks were hit by suspected drunk drivers in two separate crashes minutes apart early in the morning on Friday, Sept. 3, according to a report from KHOU11.

The report said the crashes happened minutes apart shortly before 4 am. One crash happened when a Houston fire truck was blocking lanes at a previous crash in the southbound lanes of I-45. The driver, allegedly intoxicated, was taken into custody after the crash, the television station reported.

In the other wreck, a woman, who also was allegedly intoxicated, slammed into a fire truck that was working at the scene of a car fire on Eastex Freeway at Crosstimbers, according to KHOU 11. That driver was also taken into custody for suspected driving while intoxicated.

The television station reported there were no serious injuries reported in either incident.