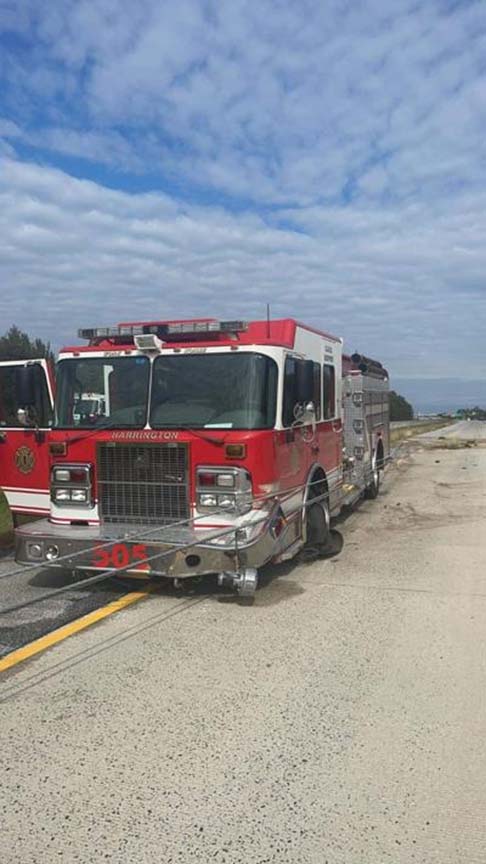 A tire blow out on a Harrington (DE) fire truck caused it to wreck on Route 1 on Saturday afternoon (Oct. 23) as it returned from a big parade in Wilmington, according to a report published by WDEL.com, adding there were no injuries

According to the report, the truck was returning from the Wilmington Fire Department Centennial parade, traveling southbound on zRoute 1 in the center lane when the tire failure occurred, causing the rig to fishtail and sending it into the wire safety median. The truck ending up partially in the northbound left lane.

A pickup truck in the northbound lanes, didn’t hit the fire truck, but was hit by debris, the station reported, adding that no injuries were reported.