More
Home Fire Apparatus Task Force Tips Reduces Cycle Time from Days to Minutes with ESPRIT...
Facebook
Twitter
Pinterest
WhatsApp
Linkedin
by Stacey Wiebe
When someone’s house is on fire, the last thing on the owner’s mind is whether the local fire department’s equipment do its job—and that’s exactly the way it should be.
At Task Force Tips (TFT), an Indiana-based manufacturer of nozzles, the last thing on the minds of those making its innovative gear should be whether their computer-aided-manufacturing (CAM) software will do its job.
That’s also exactly the way it should be.
TFT has a total of about 180 staff in Valparaiso, Indiana, where it produces firefighting equipment that controls water flow. It makes nozzles that automatically adjust to varying water pressure in hoselines, as well as valves and other equipment.
As a self-contained business, TFT includes an internally-fed assembly department. “We do a lot of little things on the fly, where we design it; write the program; and machine it all in one day,” says Nathan Price, a CNC programmer at TFT who began his career with the company a decade ago.
The average lot size at TFT is 500, though part runs can vary in size from between 50 and 1,000 parts, says Production Supervisor Cory Mack, a 17-year company veteran.
The shop, Mack says, sees about 120 machine tool setups per week, makes about 25,000 parts per week and operates with just-in-time inventory—or low inventory that is constantly turned over to keep shelving low.
When the company acquired a Mazak Integrex, a multitasking machine tool, in 2007, it chose ESPRIT® computer-aided-manufacturing (CAM) software by DP Technology to program the machine.
Like Price, Adam Hessling—a programmer in new product development who has been with TFT for 13 years—grasped the basics of ESPRIT fairly quickly, after about a week with the software. “I’m not always the most technically savvy person in the world, but I was able to pick it up quickly,” he says. 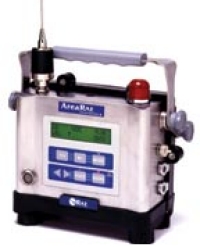 Complex Machining
As it turned out, the timing could not have been better for the implementation of easy-to-use CAM that could handle complex machining.
“When we started getting into ESPRIT and the Integrex, the engineers simultaneously started throwing down parts that were a lot more complicated,” Price says.
In manufacturing these days, the complimentary combination of CAD software, multi-tasking machine tools and the full-spectrum CAM needed to drive them is not unlike the age-old “chicken or the egg” argument: Which came first?
Regardless of your answer, the need for a complete solution capable of producing the ever-more complex parts demanded of manufacturers is apparent.
For CNC Programmer Brandon Marcotte, a five-year employee at TFT, switching to ESPRIT has taken the guesswork out of his job.
“ESPRIT programming is straightforward enough that it’s easy to see what changes need to be made,” Marcotte says. “It’s visual. You’re looking at solids rather than numbers and it’s all the same no matter who’s programming it.”
Standardization and the simple assessment of necessary changes are two parts of the equation that, at its heart, is geared at generating accurate tool path and taking the complexity out of complex machining.
“We took two steps back to take 10 steps forward,” Mack says. “With ESPRIT, it’s a huge leap forward because the technology to produce the G-code is supportive of the full capability of our machine tools.” 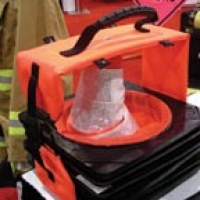 Less Time to Set Up
In the end, it’s all about saving time.
For instance, to make the main body of a portable monitor in the past, the part had to be loaded onto a machine tool four separate times, which meant “scheduling the workload on the floor for a month before the part went out the door,” Price says.
By implementing ESPRIT with the Integrex, TFT cut down on machining time by streamlining processes and gained a 63 percent reduction in the time required to machine the part.
“Now we load it into a machine one time and it’s completed,” Price says. “Before, the handling time on the part was an hour. It’s now 22 minutes. It was one of those things where you can just do a couple of clicks in ESPRIT and have the whole thing programmed.”
The value of the symbiotic relationship between software and machine tool can’t be underestimated. “If parts had remained simple, we would have had no idea what we were missing out on,” Price says. “Our biggest accomplishment as a company regarding ESPRIT is that, because of the software, we can fully utilize the capabilities of our machine tools.”
Mack, echoing Price’s sentiment, adds that, “What ESPRIT has done for us is broaden our horizons. It’s like leaving your hometown for the first time and seeing the world. This is a whole new chapter in our story. Without ESPRIT, you can have the coolest machine tool in the world, but what’s the point if you can’t make it dance?”
Simulation
Accurate simulation is another new chapter in the ongoing story of TFT. Price cites a part he recently cut that, without the simulation capabilities of ESPRIT, would have been headed for a collision.
This particular part was fixed to the spindle with chuck jaws and Price would have seen —too late—that there wasn’t enough clearance on the jaws to perform the cutoff. “We would have then had to take the time to modify the jaws,” Price says. “With ESPRIT, we get to visualize everything before we even go near the machine.”
The strength of ESPRIT post processing was another factor in the company’s decision to implement the CAM. “One barrier to switching over to CAM in our shop was the post processors,” Price says. “What we post out of ESPRIT, we are able to run exactly.”
Prior to the implementation of ESPRIT, staff at TFT performed manual changes—via copy and paste—and experienced several crashes as a result. Now, when an engineer makes a change, that change is saved and the production of that part is standardized. “With all of the flexibility available in the ESPRIT post processor, that was fairly easy to accomplish,” Price says.
“We have a strict policy against manual changes to posted code. Now, with ESPRIT, I can pull up a program we last posted two years ago, make the necessary changes, and repost it with confidence it will work as intended.”
That confidence has extended to automation capabilities at TFT, where Price and the rest of the team have made plenty of headway and are continuing to explore the possibilities inherent to this arena.

Thus far, Price says, they’ve worked with the included Visual Basic macro language to establish automation activities within ESPRIT.
“We’ve automated WPC creation so we can begin programming a 24-station fixture in just a couple of minutes—a task that used to be anywhere from 15 to 30,” Price says. “We’ve automated loading and positioning tool holders on a turret lathe simulation, so we can have all tools in place and ready for simulation in less than five minutes. This would have taken a very long time, but we never tried it the manual way.”
They’ve also created macros to generate custom helical toolpaths to mill the sharp edges off of threads on lathes with milling capacity. “We’ve also been able to fully incorporate ‘thrillers’ in our programs via a macro that generates the correct tool path for accurate simulation and cutting,” Price says.
For Hessling, establishing ESPRIT on the shop floor has led to innovative design. He machines new castings; designs fixturing; and performs production programming. “The difference now is that there are just so many more possibilities for the engineers,” he says.
The company also reduced on-site injuries by decreasing the need for deburring, or the rounding of sharp edges from machined parts, by hand. The majority of deburring can now be completed on the machine tool.
“We’ve been able to do certain things with toolpath that have reduced the need for our secondary operations department to do them,” Price explains. “It used to take two people eight hours a day, five days a week, to debur by hand. Now it takes one person a half a day, five days a week.”
Becoming More Competitive
Overall, Mack says, the operations department is doing 50 percent less work due to the deburring and chamfer capabilities in ESPRIT. As the company has been able to reduce the cost of parts, it has become more competitive in the marketplace.
There’s no doubt that the pioneering spirit of the team at TFT has played a large part in their success—though Mack credits its software with the ability to take them where they want to go.
“With ESPRIT, you are carrying the sword that can slay any dragon you want,” Mack says, “and we went to a high level in a short period of time. It’s so much more powerful than anything else. It’s a huge stride in a new direction that is going to make us more profitable.”
For more information on ESPRIT, visit www.dptechnology.com.