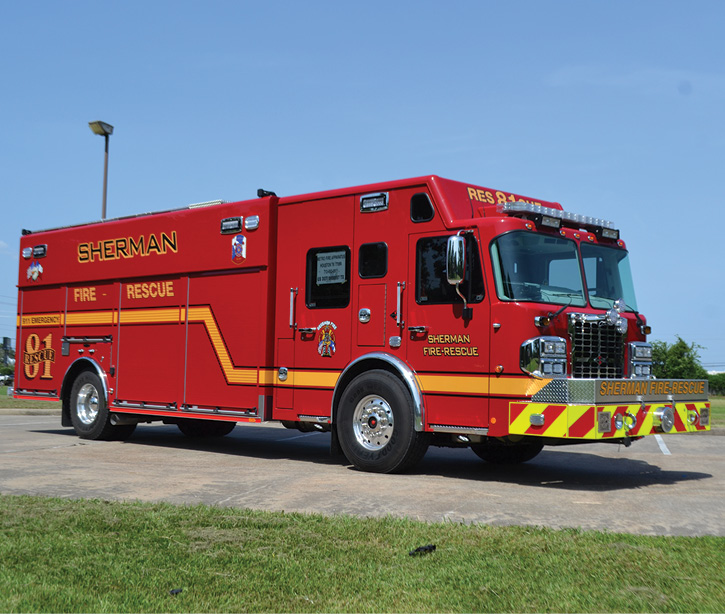 Sherman (TX) Fire-Rescue was running a rescue truck on a Ford F-450 chassis with a Fraser box on the back that could only carry a minimal amount of rescue equipment because of its limited gross vehicle weight rating (GVWR).

As a work-around, Sherman had four enclosed rescue trailers that carried its swift water equipment, high- and low-angle rescue gear, confined space equipment, and trench/collapse equipment. But, the department wanted to put all that gear on a single vehicle, so it began the search for a heavy rescue truck.

“It was about a four-year process of trying to get a heavy rescue for the department,” says Thomas Brown, Sherman Fire-Rescue’s division chief. “The department had gone before the city council three times but was not able to get funding. When I got involved in the process, I did more research and was able to show the city manager that we were looking to get a vehicle with a 20- to 25-year service life, and it wouldn’t necessarily be on the road every day because the vehicle would run on demand. He told us to go out and find the right truck.”

Brown says the truck committee spent another three months searching for the right truck, talking with vendors, and looking at existing rescue trucks. “We looked at both new rescues and vehicles that had been in service for a while because our fleet department wanted to know how well the bodies were built and held up,” he notes. “Then we sat down and spec’d the truck and gave the specs to three vendors. The city chose SVI Trucks to build the heavy rescue for $612,000.” 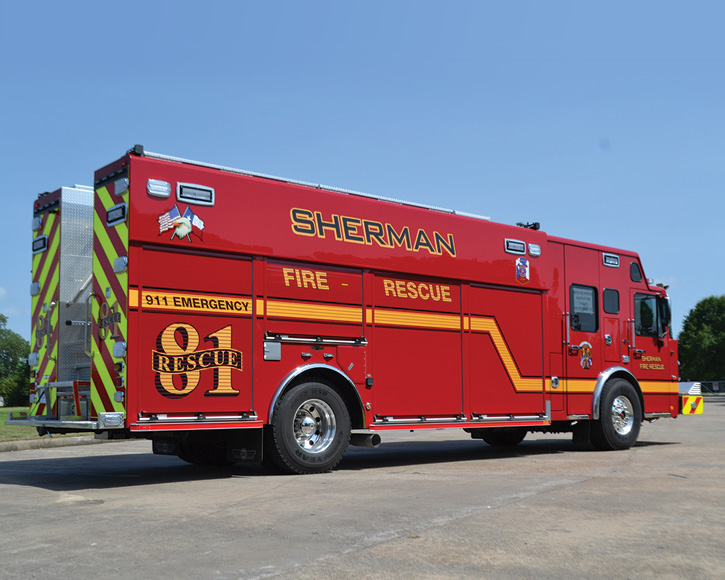 2 The wheelbase on the SVI heavy rescue for Sherman is 231 inches, the overall length is 36 feet 8 inches, and the overall height is 11 feet. 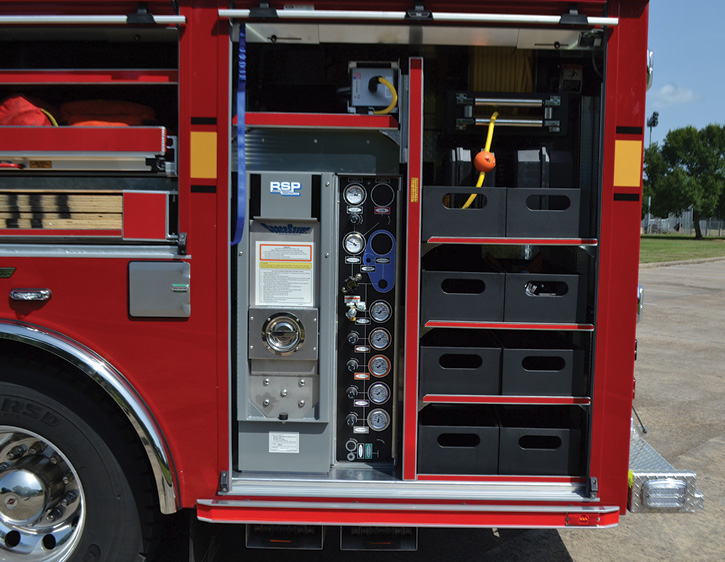 Bob Sorensen, vice president of SVI Trucks, says the heavy rescue SVI built for Sherman is on a Spartan Metro Star LFD chassis and cab with seating for four firefighters, H.O. Bostrom seats, a 20-inch raised roof, and 22-foot aluminum body. The rig is powered by a Cummins 450-horsepower (hp) L9 engine and an Allison 3000 EVS automatic transmission and has a wheelbase of 231 inches, an overall length of 36 feet 8 inches, and an overall height of 11 feet.

Brian Cudaback, apparatus manager for Metro Fire Apparatus Specialists, who sold the heavy rescue to Sherman, says that one of the most important considerations when building a rescue truck is getting a list of the specific equipment the department wants to carry. “At the preconstruction meeting, you want to work with a fire department that has a good idea of the equipment they will carry and where they want it located on the truck,” Cudaback says. “Sherman was very good in that regard. And, SVI is excellent at helping a customer figure out where equipment should go if they don’t have a specific location in mind. We can suggest locations where we have done prior placements on other rescue trucks.” 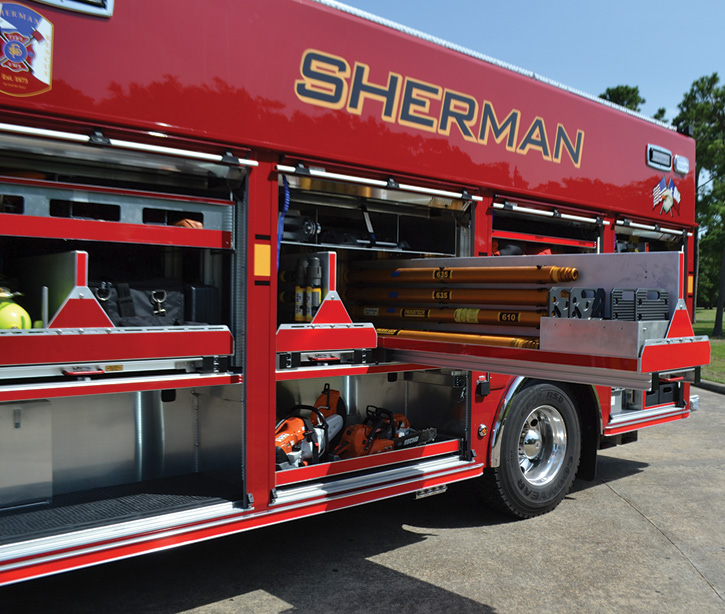 4 One of the two transverse compartments on the rescue holds Sherman’s Paratech rescue struts. 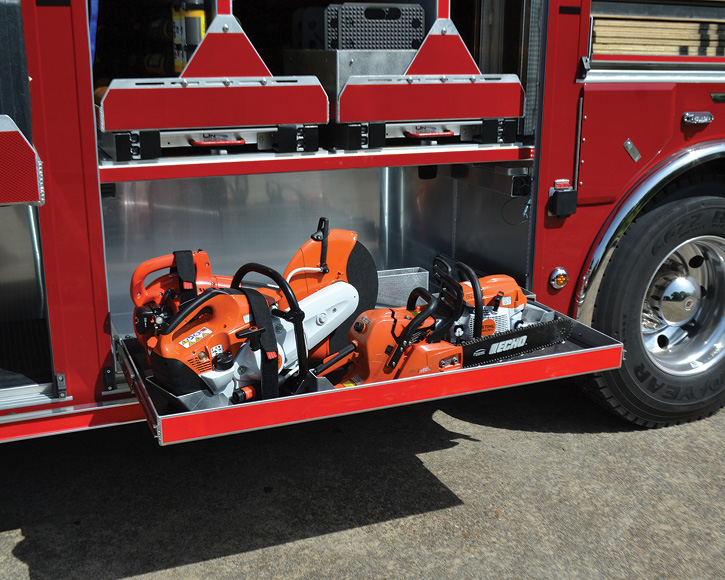 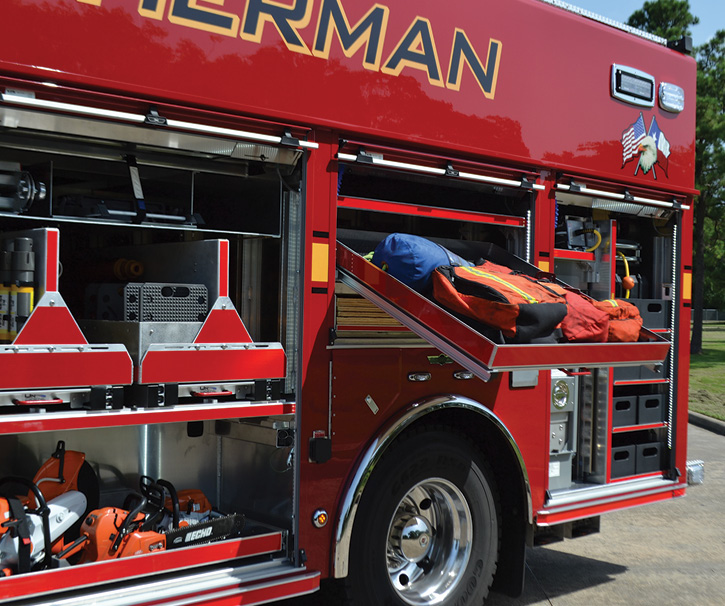 6 Compartments that are above chest height have slide-out, drop-down trays. 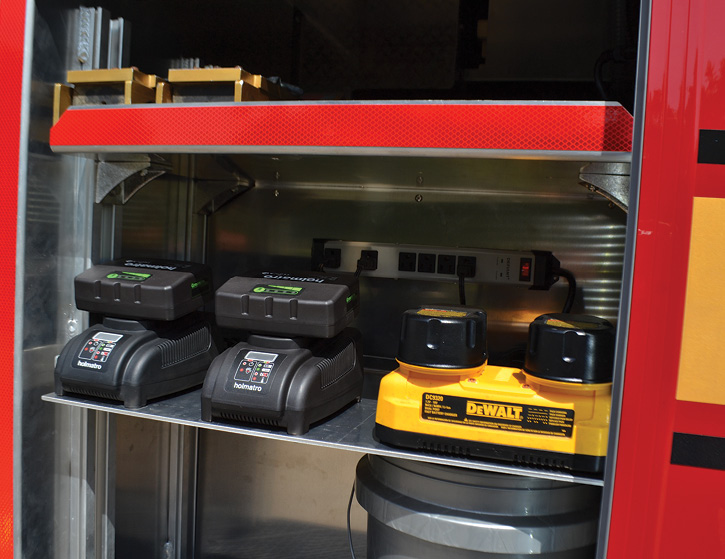 7 This compartment has a shelf with a power strip to keep all of the rescue’s batteries fully charged. 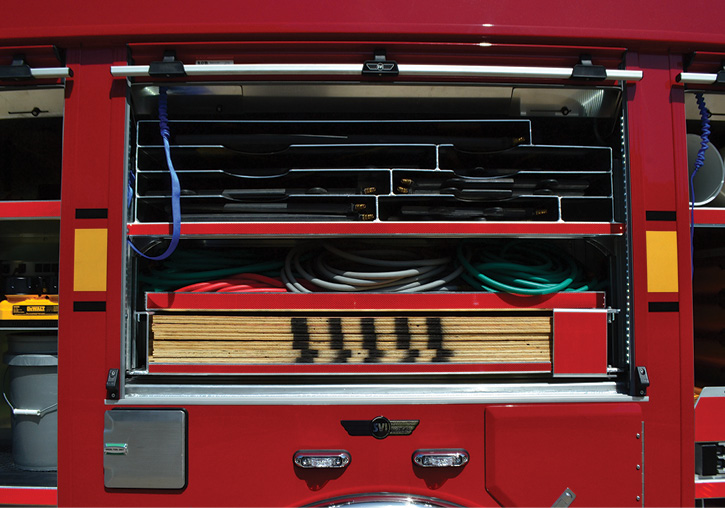 8 A compartment over the rear axle holds seven 5⁄8-inch thick and seven ½-inch-thick sheets of 4 × 8 plywood. 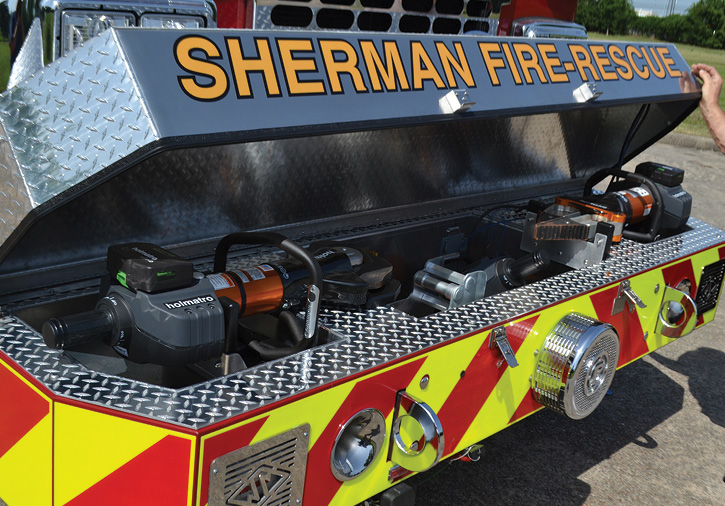 Brown says he was surprised when SVI requested a list of every piece of equipment that would be carried on the truck. “And, it wasn’t just a long list of the equipment,” he adds. “They wanted the brand, model number, sizes, and types of equipment—all before the precon meeting. Then at the precon meeting, they showed us CAD drawings for the entire truck and how each compartment would be laid out. If we didn’t like how it was done, they moved it around until we were satisfied. SVI put a lot of time and effort into the detail work of getting the truck right.”

Service area: Sherman Fire-Rescue provides fire, rescue, and emergency medical services to a population of 42,000 in the 42-square-mile city of Sherman as well as in 28 square miles of contracted area in Grayson County, Texas.

Brown says that “SVI is magnificent about using all of a truck’s dead space. They located our air bottles and RSP two-position fill station under the rear stairway to the top of the truck instead of taking up space in a side compartment.” He adds, “They also built in a full-width recessed tray in the extended front bumper that holds a full complement of Holmatro EVO 4 rescue tools—a 24-inch spreader, ram, ram block, cutter, spare batteries, chargers, and 110-volt outlets for the battery chargers.” The truck also carries Sherman’s TNT Rescue hosed hydraulic tools in the R2 compartment.

Brown points out that Sherman responds to about 7,500 calls for service yearly, with 60 percent being medical calls; 20 percent fire calls; and 20 percent calls for service, false alarms, hazmat incidents, and moving vehicle accidents. “We’re very proud of our rescue truck,” he says. “The truck had been in service only two days when it made its first mutual-aid rescue of a construction worker on a two-story home who fell from the roof to the second floor, which didn’t have a staircase to it yet. Our firefighters made a rope rescue off the new truck, and we are very pleased at the way SVI set up the truck for us.”