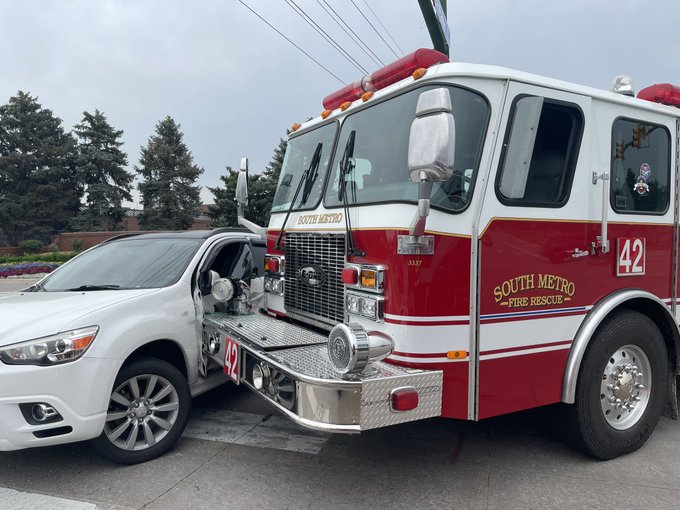 The accident happened at the intersection of Parker and East Orchard roads about 1:40 p.m. when the engine was responding to a house fire. The two people inside the other vehicle—a white sedan—were unharmed.

At the time of collision, the engine had its light and sirens going.

Police officials are investigating the accident, and an internal South Metro investigation has also begun.

While responding with lights and sirens to a house fire on E. Hialeah Dr. in Centennial, a SMFR Engine was involved in a non-injury collision at Parker Rd. and E. Orchard Rd. @ArapahoeSO is investigating the incident. pic.twitter.com/r3pwRzUzEw