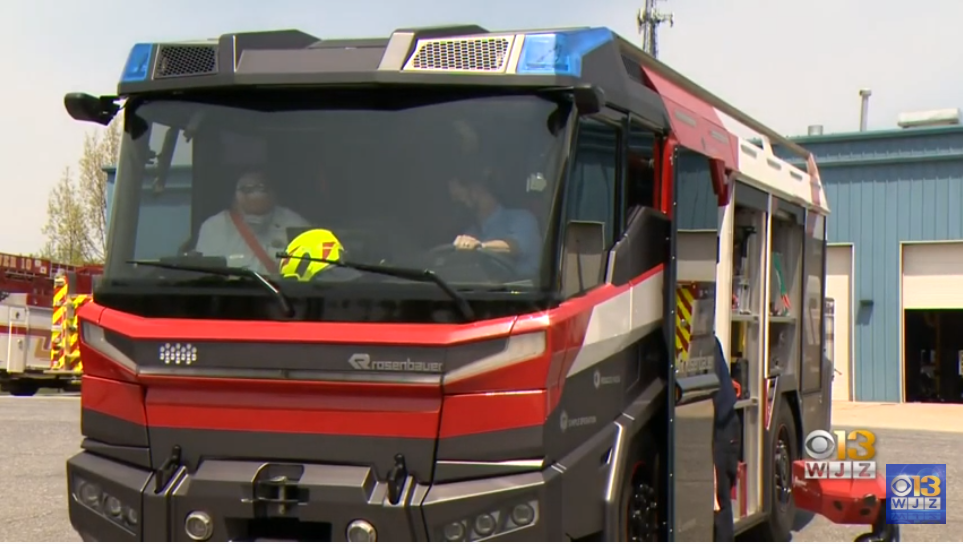 The first all-electric fire truck in the states, the Rosenbauer RT, recently made a stop in Howard County (MD) on its way to Washington, D.C., reports Baltimore.CBSLocal.com.

The eco-friendly truck can run solely on battery power for two hours before a 6-cylinder clean diesel engine kicks on for a recharge. Officials add that the apparatus can raise up to about an 18-inch ground clearance and can drive through three feet of water.

In addition, passengers can launch a drone from the truck and have aerial photos sent directly to the driver’s seat. Its top speed is the same as traditional trucks—65mph—but the RT has a faster acceleration.

Officials say the RT will cost anywhere from $950,000 to $1.2 million, depending on its features.