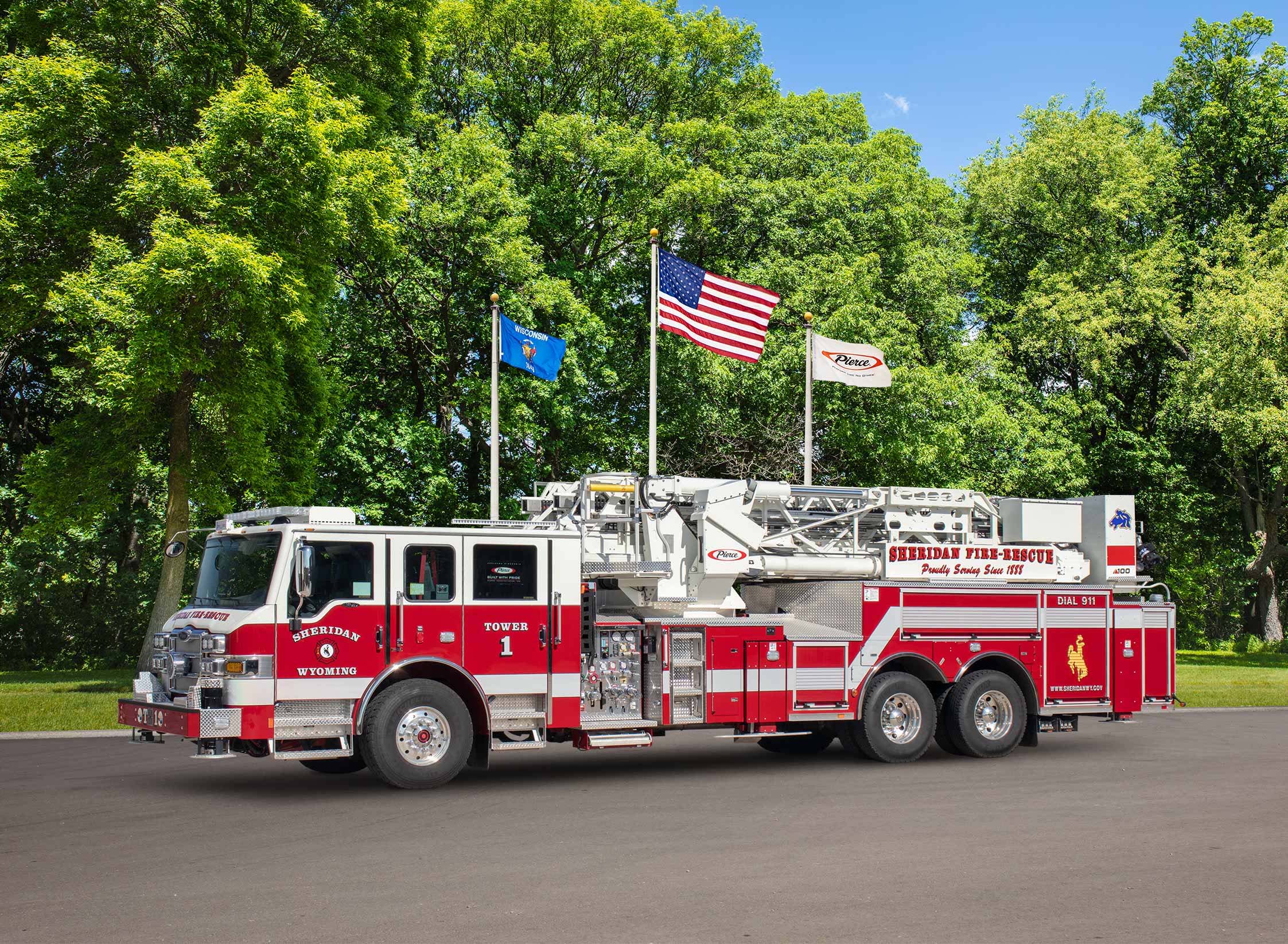 Firefighters with Sheridan (WY) Fire-Rescue have recently taken delivery of a $1.4 million 2021 Pierce 100-foot platform aerial to replace a 75-foot straight stick the city had in place for decades, according to a report published by The Sheridan Press.

The newspaper reported structures have been built taller in the city since the city bought the 75-foot aerial as a way to save some money over the cost of taller ladders. The new 100-foot aerial will allow firefighters to operate with some distance from the building to be out of potential collapse zone, the paper reported, adding the platform is also safer because it will not require anyone to climb the ladder to get to the tip.

The city bought the truck as a demonstrator from Pierce and saved about $100,000, according to the newspaper, which also reported that Sheridan got the truck much quicker as it would have taken up to 18 months to take delivery of a custom-built aerial.

The truck will require some training as it operates differently than the straight ladder the department previously had used and it’s six feet longer than the old truck it replaces, the paper reported.

Sheridan officials believe the truck, which should last the city 20 years or more, will be in full service by the end of December, according to the newspaper.