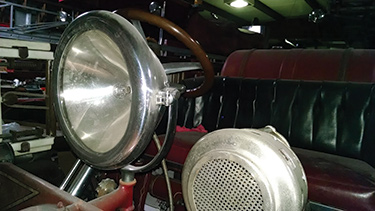 Every couple of years, the fire service trade journals address fire apparatus scene lighting, with numerous articles describing the latest and greatest devices available, who manufactures them, how they work, and why they are better than previous generations of lighting.

Regrettably, the technical descriptions used by some manufacturers and vendors can easily confuse the average firefighter riding in the crew cab and even befuddle those who write apparatus purchasing specifications. Lighting and apparatus manufacturers should realize that not every firefighter holds a degree in automotive electrical engineering. They should also recognize that many firefighters understand advertising is specifically designed to sell and not necessarily to educate. In the future, vendors may be required to explain in plain English the lighting systems they want fire departments to specify. Those aren’t critical observations; they’re facts of life.

Spec writers can face formidable challenges when writing purchasing specifications for scene lighting. They are attempting to describe something that has no formal definition and adheres to no known regulatory standard. The term scene lighting has different meanings to different people. Equally exasperating is that the current edition of National Fire Protection Association (NFPA) 1901, Standard for Automotive Fire Apparatus, doesn’t appear to coherently address the topic either.

Most fire departments know what they want for scene lighting but are hard pressed to describe it. For simplicity’s sake, I refer to “scene lighting” in this article as lighting that illuminates the general area around a fire apparatus with no quantifiers for brightness, intensity, or distance.

Today the lighting industry eagerly promotes, and the fire service has overwhelming accepted, light emitting diode (LED) lighting. Although not every pumper on today’s fireground requires an onboard 120-/240-volt generator, all should have adequate scene lighting. That’s common sense. It appears 12-volt LED lamps powered by a pumper’s low-voltage electrical system can fulfill the scene lighting needs of nongenerator-equipped pumpers. That has merit and warrants a closer look in layman’s terms. This first part will do so-open-mindedly-with realistic observations devoid of advertising, promotions, and personal agendas.

Apparatus purchasing committee (APC) members tasked with specifying scene lighting for a new rig must determine the type, method of powering, size, quantities, and locations for a lighting package suitable for their needs. That can be an unenviable position-especially when they can’t define their needs. The days of merely writing a spec with a manufacturer and model number for scene lights may be over. Blindly accepting and regurgitating technical specifications from a favorite vendor may put the APC in a precarious position.

APCs may have to justify their decisions to the authority having jurisdiction (AHJ) when writing specifications. And, they may have to defend their choices after a bid opening. Not plausible? Visualize specifying a new pumper with a 12-volt LED scene lighting package. Imagine receiving multiple proposals with two of the lowest bidders taking exception to the scene lighting package and offering alternative lights-stating they are “equal in performance.” Discomfiting would be when another bidder submits an unsolicited optional proposal for alternative scene lighting stating that not only was it equal in performance but it would cost four or five thousand dollars less. Ouch.

The first question a cost-conscious AHJ may ask is, “Why did you specify those particular lights?” The second is, “How did you determine your lighting requirements?” And, the kicker could be, “Can you explain why the alternative and optional lighting packages do not meet the fire department’s needs?” It may not be as easy as explaining the difference between a 1,500-gallon-per-minute (gpm) pump and a 1,000-gpm pump. Good luck.

Accountability is not restricted to spec writers. When APCs start being held accountable for their decisions, vendors had best be prepared to assist the APCs in answering technical questions. Apparatus dealers in the field and light manufacturing representatives at trade shows may be asked to explain lux, lumens, and luminous efficacy in layman’s terms and why fire departments should put them in their purchasing specifications. How did we get to this point?

Vehicle-mounted oil-fueled headlights appeared in the late 1880s. In 1898, the Electric Vehicle Company in Hartford, Connecticut, introduced electric headlamps. Gradual improvements in lamp technology followed with high-/low-beam lights and foot dimmer switches coming in the mid to late 1920s. Not much changed until the late 1970s, when halogen headlights were introduced in the United States. Europe had used them since the early 1960s.

Other lighting on early apparatus consisted of kerosene-fueled hand lanterns. Similar to early headlights, they had to be hand lit before leaving quarters. Cowl- or dash-mounted searchlights became popular in the 1920s (photos 1, 2, and 3). They were little more than an oversized wide-angled swiveling headlight. Apparatus historian Walt McCall notes that searchlights remained popular until the introduction of windshields and doors in the mid 1930s when Unity Manufacturing introduced corner-post-mounted spotlights. Unity’s S-6 Series six-inch cab spotlights and AG Series six-inch deck lights remained popular for 40 years (photo 4).

McCall says Unity-type spotlights declined in popularity in the mid to late 1980s and early 1990s with the advent of second-generation roof light bars with alley lights (photo 5). Older firefighters bemoaned the demise of the corner-post spotlights. Many found light-bar-mounted alley lights insufficient to locate house numbers and street signs until the apparatus was literally next to them. Handheld million-candlepower spotlights were introduced inside the cab on the passenger’s side. They may work well on the curb side of a rig, but many drivers can tell stories of singed eyebrows and temporary blindness caused by overexuberant passengers shining the light out the driver’s door or windshield. More than one cab seat was ruined from the inadvertent placement of a handheld spotlight left on by mistake.

The mid 1970s saw the popularity of 1,200-watt invertors powering a 500-watt telescoping halogen flood light on each side of a rig (photos 6 and 7). In my opinion, that combination was the beginning of fire apparatus electrical problems. Why? An inverter with two quartz lights could easily require more than 100 amps. It is no wonder the industry-standard 130- and 160-amp alternators and battery packs back then took a beating.

Fixed halogen seven-inch by nine-inch or four-inch by six-inch clear lights became popular in the late 1980s. Door-switch-activated lights became common on chassis cabs. On the sides and rears of bodies, they were usually controlled by switches in the cab or on the pump panel. LED lamps started replacing halogen lamps in the late 1990s to early 2000s (photos 8 and 9).

NFPA 1901 does not define scene lighting and, in particular, 12-volt scene lighting. However, Chapter 22, Line Voltage Electrical Systems, addresses electrical systems powered by onboard generators with 120-/240-volt systems. Sentences 22.13 through 22.13.4 address fixed 120-/ 240-volt scene lighting systems. And, those requirements are very basic-use a handle if the light is adjustable; the handle temperature shouldn’t exceed 131°F; the light should be UL-listed; and compliant steps must be provided if you have to crawl onto the rig to reach it. It also refers to those lights as “floodlights.” It does not address performance.

Adding ambiguity, in the Appendix, under the section pertaining to low-voltage electrical systems (12-volt), sentence A.13.10.1.1 says, “The Purchaser might want to specify work area (scene) lighting along the side of the vehicle. This can be provided by low-voltage or line-voltage lighting.” It infers that work area and scene lighting are synonymous.

I interpret NFPA 1901 as not addressing 12-volt scene lighting as advertised and sold by the light and apparatus manufacturers. It does not specifically say what scene lighting is or is supposed to do-but you ought to consider having it. Hence, there are no compliance issues. A purchaser’s only concern is cost, the draw on the apparatus electrical system, and justifying the purchase to whoever is footing the bill.

In Chapter 13, Low Voltage Electrical Systems, the section titled “Work Lighting” describes the testing methods to measure light levels. Sentences 13.10.1 through 13.10.8 infer work lighting only addresses ground lighting at points where firefighters climb on and off the rigs; lighting for walking surfaces such as steps, walkways, and work surfaces; lighting inside the main hosebed; lighting inside equipment compartments; and lighting inside the cab and crew areas. That has merit. However, the requirements are hard to understand. Cab and compartment lighting requirements are left for another day.

Sentences 13.10.1.2 and 13.10.1.3 say that at points of access and egress, the requirement is 2 fc (20 lx) of illumination within 30 inches of the edge of the rig-including under driving and crew cab doors. I don’t know what 2 fc (20 lx) means in the real world. Sentence 13.10.1.1 says, “The work area immediately behind the vehicle shall be illuminated to a level of 3 fc (30 lx) within a 10-foot by 10-foot square to the rear of the vehicle.” The lighting requirement for inside the hosebed is the same as the rear of the rig.

I don’t know why the NFPA requires illumination up to 10 feet behind the rig and only 30 inches at the side of the rig. Ask someone. Observe if your favorite apparatus vendor squirms when you ask what the difference is between 3 fc and 2 fc and between 20 lx and 30 lx. I don’t have a clue, nor can I find reference to fc and lx in lighting manufacturers’ literature. Internet searches indicate the symbol lx is used to measure “the luminous flux per unit area measured in lumens per square meter.” And, “the symbol fc is a foot candle, a unit of illumination.” I don’t know what either means on the fireground.

If a regulatory agency or a manufacturer uses technospeak to describe requirements or products, both should also be explained in plain English so the people in the crew cab can understand it. The firefighter jumping off the rig should know if he’s jumping into a well-lit area, a drainage ditch, or a bottomless black abyss. But, fear not. Another Internet search shows that up to “1.0 lux equals a full moon on a clear night” and “3.4 lux equals the dark limit of civil twilight under a clear sky.” Try writing that into your specs-or step very carefully getting off the rig.

Manufacturers’ and dealers’ perspectives on 12-volt LED lighting, the products they make and use, and what they recommend for scene lights will be in Part 2.