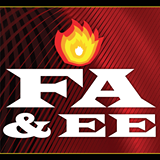 Roxbury’s first fire truck is a 1917 Ford Model T, a vehicle that’s supposed to have a top speed of 45.

With a 4-cylinder engine that — on a good day 98 years ago — generated only 20 horsepower, the truck is less inspiring when encountering upward inclines. However, it’s the firetruck’s deceleration capabilities that are truly sad.

“It doesn’t go up hills very well, but the biggest other problem with this vehicle is the brakes,” said veteran Roxbury firefighter Charlie Alpaugh. “It will go 50 if you push it, but you have to make sure you are looking a quarter-mile ahead because if you have to stop you have a serious problem.”

The truck is in the hands of Roxbury Fire Co. 1, the Succasunna station that is preparing for its 100th anniversary celebration in 2017. The scope of the party has yet to be determined, but one thing’s for sure: The Model T, purchased new by the fire department in that inaugural year, will play a big part.

Members of the firehouse are discussing the amount of time and money they should spend fixing up the firetruck between now and the centennial. Some believe a full-scale restoration is in order. Others, including Alpaugh, aren’t so sure. “Everybody treats it with respect, but we don’t put a barbed-wire fence around it either,” he said. “That’s my analysis of it.”

The Model T, refitted by American LaFrance Firefighting Equipment Co. to be a chemical firetruck, cost Roxbury about $1,800. It now could be worth upwards of $30,000.

That’s a pittance compared to the price of Roxbury’s modern firetrucks, but the little red vehicle is treated with protective reverence by the fire department. This is revealed when new firefighters express a desire to take it for a spin.

“There are many people who want to drive it, but the list is very restricted,” said Alpaugh. “You need maturity and mechanical ability.

Accelerating, shifting and braking the vehicle is something of a coordination test. “On the Model T, the brakes are inside the transmission,” said Alpaugh. “It has a 2-speed, planetary transmission. You have a pedal on the left. You push it down and that is low gear. All the way up is high. The next pedal, in the middle, is reverse. You put the left pedal in neutral and apply your foot to the middle pedal to make it go backwards. Or, you it in neutral or low and the pedal on the right was the brake.”

The accelerator is on the steering wheel. The headlights are run by a magneto, meaning they dim and brighten as engine speed changes, but mostly they’re rather dim. It had a siren, but the fire department removed it because cranking the thing was causing damage to the wooden firewall on which it was attached. “It has a bell you can ring, but it really didn’t do much,” Alpaugh said.