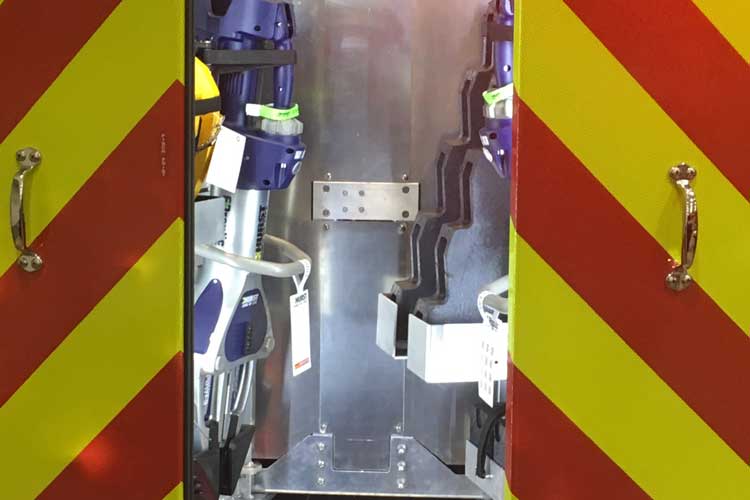 Sioux Falls, SD—Rosenbauer debuted a new slide-out equipment tray at its annual dealer meeting in Sioux Falls, South Dakota. The Rapid Deploy Tray (RDT) has a rating of up to 500-lbs. Crew members push a button from the cab activating the system which opens the rear compartment door, then extends the equipment tray for quick access. 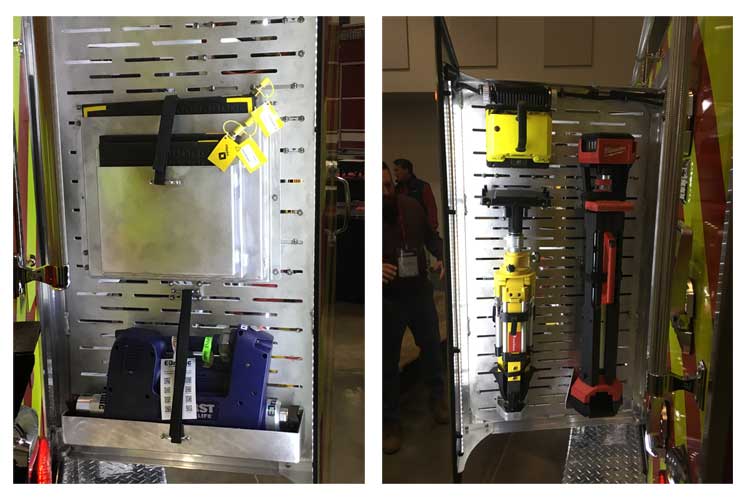 “The RDT will be game changer on-scene,” said Scott Oyen, CEO of Rosenbauer South Dakota. “As rescuers are putting on PPE, the Rapid Deploy Light (RDL) tower raises to eight feet while tools and equipment are sliding out, ready and waiting to get picked up.”

Possible equipment to be stored on RDT include but not limited to:

Rosenbauer will display the RDT in April 2019 at the Fire Department Instructor’s Conference (FDIC) International in the Indiana Convention Center, Exhibit Hall J at booth 5200.