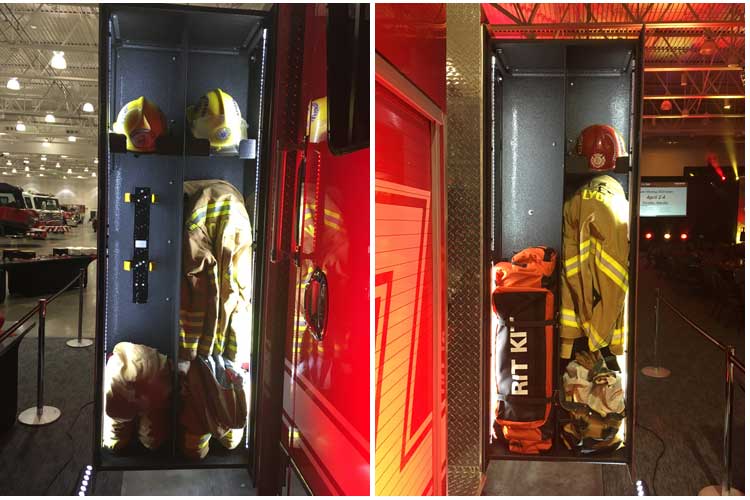 Sioux Falls, SD—Rosenbauer debuted its CleanLocker at its annual dealer meeting in Sioux Falls, South Dakota. The sealed motorized CleanLocker stores three complete sets of clean turnout gear, including SCBAs, on the officer’s side, outside behind the chassis cab.

Cancer is the leading cause of firefighter deaths due to gaseous exposures such as volatile organic compounds, which become embedded into the turnout gear. Soiled gear will be stored in a separate compartment towards the rear of the apparatus in plastic bags.

“We’re seeing departments rapidly taking action in terms of removing all turnout gear from inside the cab,” said Scott Oyen, CEO of Rosenbauer South Dakota. “The importance of seconds matter in responding to fires; that hasn’t changed, and it is not going to; therefore, we need help them access their turnout gear as quickly as possible outside of the cab.”

The CleanLocker will be installed on a demo unit on-display in April 2019 at the Fire Department Instructor’s Conference (FDIC) International in the Indiana Convention Center, Exhibit Hall J at booth 5200.