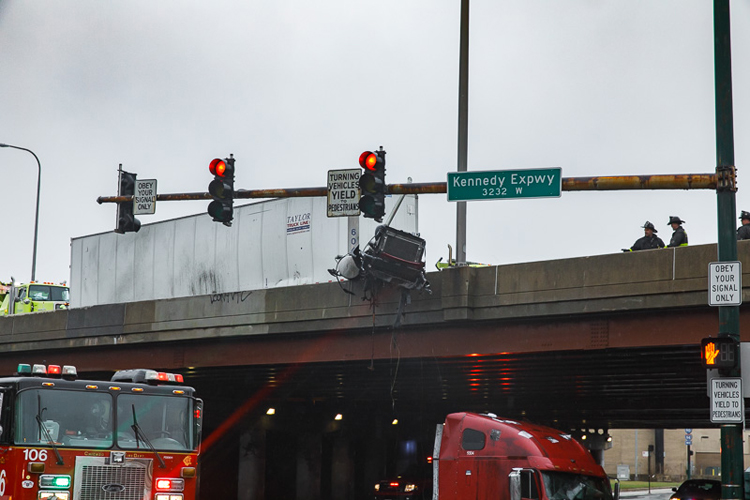 From Redick, “Took in an unusual response yesterday…outbound JFK expressway at Kimball. A semi truck struck the retaining wall and went over the side on an elevated portion of the roadway. The cab detached from the frame (which remained dangling over the lower roadway) and fell to the street below. The driver was reported as being pinned, and both portions of the wreckage were reported on fire. The driver was already removed and en route to the hospital when I arrived but reportedly was not pinned but, as you might imagine, seriously injured. I observed some of the recovery operations usingthe large IDOT wrecker as well as a bit of the contractor Lin Mar wrecker operations. A hazmat response was also used because of leaking fuel and fluids on both the upper and lower portions of the incident.”

More images are available at: https://ksc711.smugmug.com/Chicago-FD-Incidents-and-Rigs/Special-Duty-OB-JFK-at-Kimball/