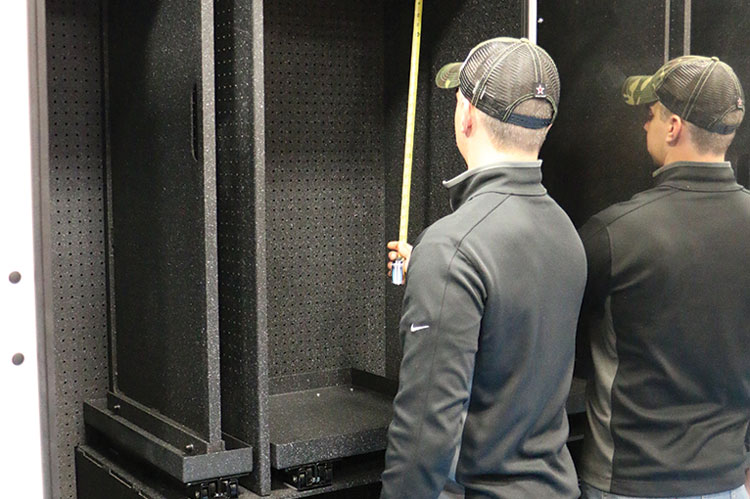 For those Firefighters who have taken an interest in their department’s apparatus by participating on an apparatus or equipment committee, build specification committee, etc., there may be the opportunity to do an apparatus prebuild, midway, or final inspection at the apparatus manufacturer. Be prepared and assure that you are intimately familiar with the specifications prior to hitting the inspection floor.

Later in my career, I had one such privilege. I was asked to do a final inspection for a 100-foot straight ladder/aerial apparatus for my department. I was invited by my department’s shop superintendent. He had once held the eriver engineer instructor position like me. I gladly accepted, understanding that we would be accompanied by one of our shop’s mechanics (also a shop supervisor).

Once at the manufacturing facility we proceeded to go over the apparatus with a fine-tooth comb. The manufacturer hoped that all the issues are addressed and that you will give the “thumbs up” and drive it off the floor. We found around 20 minor items that still needed correcting, then we came to the ladder/aerial portion on the top of the apparatus.

The initial specifications were for a “medium” duty ladder/device. Basically, this means that the load capacities and “beams” were not as large than that of a “heavy” duty ladder device. Therefore, the salesperson supposedly was going to take our original specs (medium-duty) and adjust them appropriately to new specs for the heavy-duty ladder.

The original specifications included a “pinnable waterway,” which allowed the nozzle to be placed in firefighting mode at the tip or in rescue mode. This allowed the nozzle to remain one section back while extending and to be out of the way for operations such as rope rescues. When I inspected the nozzle and device on the ladder section, I confirmed with our shop superintendent that no “pinnable waterway” was on the truck. He then went through the pages of specifications and noticed it was missing.

He said that it was supposed to be part of the build and was incredulous that he had missed in the in specs. We believe what occurred was a cut and paste of a generic specification from the medium-duty to the heavy-duty ladder. Regardless, it is still prudent to review each and every item detail, line by line, to assure that mistakes don’t occur.

The fabricators and engineers came out to see if we could retrofit to make the nozzle/waterway “pinnable.” We discovered that prefabrication at that time was about $4,000, while a retrofit jumped the price to around $10,000. A quick phone call to the chief of support services approved the post-production modification.

Take into account that there sometimes are new employees working for the manufacturer who are unfamiliar with the nuances, jargon, technical terms, and details involved in the firefighting industry.

Another detail is checking the serial numbers on the transmission, rear end and differential, front axle, etc. This is to confirm that the specifications for the GVWR, GAWR, and GCWR are correct for the vehicle specified. That is why it is always helpful to bring a mechanic along for any questions requiring their expertise.

The actual pages of specifications were printed in an extremely small font and covered about seven pages of detailed items. It is very easy to miss any detail, especially if a line is skipped, much less miss one number in a numbering sequence.

Another advantage anyone should consider, and I believe most do, is to take a senior driver on the inspection road trip. They can offer valuable knowledge about any small but important details based on their day-to-day operations and interacting and functioning with the apparatus.

There is no detail too big or too small. There are a lot of moving parts involved in a fire apparatus. There is no doubt issues will arise. The object is to catch them when they are minor or inexpensive to avoid costly remediation later. Review the specifications thoroughly or else the manufacturer will say, “Well if it is not listed, it wasn’t put on or done.”

FRANK R. MYERS is a retired Lieutenant with the City of Miami (FL) Fire Rescue, where he served 32 years. Before his retirement, he served at the Training Center for six years as the Driver Engineer Instructor. He works as a consultant for PSTrax.com, a technology service that helps fire departments across the country automate their apparatus, equipment and inventory checks.