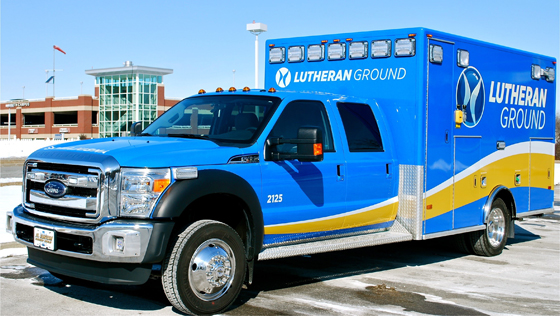 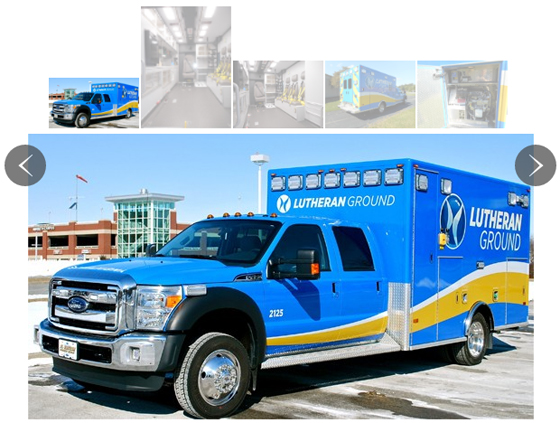 MORE PHOTOS OF THIS RIG >>

The critical care transport unit, delivered earlier this year, is on a 2015 Ford F-450 4×2 crew cab chassis that uses a Liquid Spring suspension system, has a custom 156-inch patient module, is powered by a Ford 6.7-liter diesel engine, and is set up as both a critical care and a bariatric unit, according to Chad Newsome, PL Custom’s national sales manager. “The four-door cab affords extra crew members the ability to sit in comfort when coming back from a run,” Newsome notes, “and the Liquid Spring suspension system gives the rig a very smooth ride.”

The Liquid Spring suspension system is a hydraulic, compressed-liquid system that acts like two hydraulic cylinders, says Dean Martin, owner of Crossroads Ambulance Sales and Service LLC, who sold the critical care transport unit. “The system is controlled by sensors and a computer that detect the movement of the truck,” Martin says. “When the steering wheel is turned, the system immediately starts to counteract the anticipated move, unlike an air ride where there is a delayed response.” Unger adds that the unit is “very responsive to abrupt movements, there is no suspension lag, and there is a very minimal body roll during turns.”

Lutheran Health runs a three-person crew on its critical care transport units, Unger points out, and often takes specialty teams with it on a run. “Seventy percent of our travel time is unloaded in the back,” he says, “so we wanted our crew members belted in forward-facing seats, which is a more comfortable ride than the seats in the patient box.”

Unger also specified that Lutheran Health wanted a compartment-mounted generator that could maintain electrical, refrigeration, heating, and air conditioning power when the vehicle’s main engine was shut off. “We want to maintain the ability to power the vehicle at all times,” he says, “so we went with the Stadco 6-kW diesel generator.”

Martin points out that the Stadco generator fit into a tight compartment very nicely. “Another reason we went with the Stadco generator is that besides the good fit in a small compartment, it gives us a clean sine wave that is needed so as not to interfere with all of the telemetry equipment that’s on the critical care transport unit.”