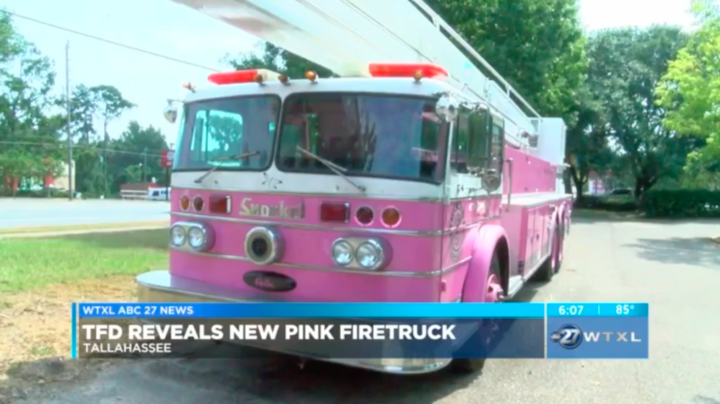 Miles’s father and brother were the first to see the new pink fire truck.

The new truck is the second pink fire truck for the Pink Heals Tallahassee Chapter. The first truck is named Ariel after a girl who lost her battle with liver cancer in 2012.