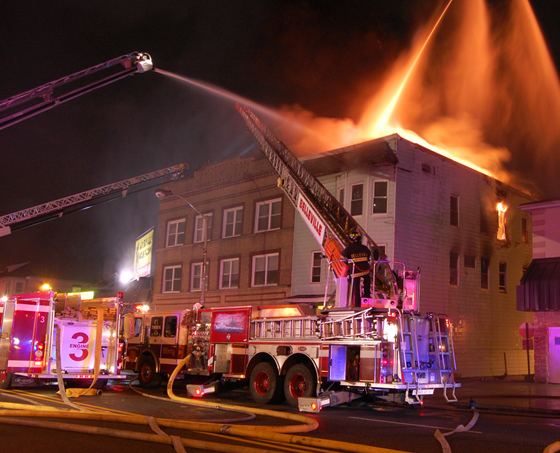 Belleville (NJ) Fire Department Ladder 1, a 1992 E-ONE 1,500/500/110-foot aerial apparatus, operates at a four-alarm fire at 472 Washington Ave. The fire, which began in the basement, spread to the upper floors and eventually though the roof. Units from Newark, North Arlington, East Orange, Montclair, and Bloomfield were also called to the scene. At one point four ladders were used for master streams onto the burning building. Photo courtesy of Chris Tompkins.