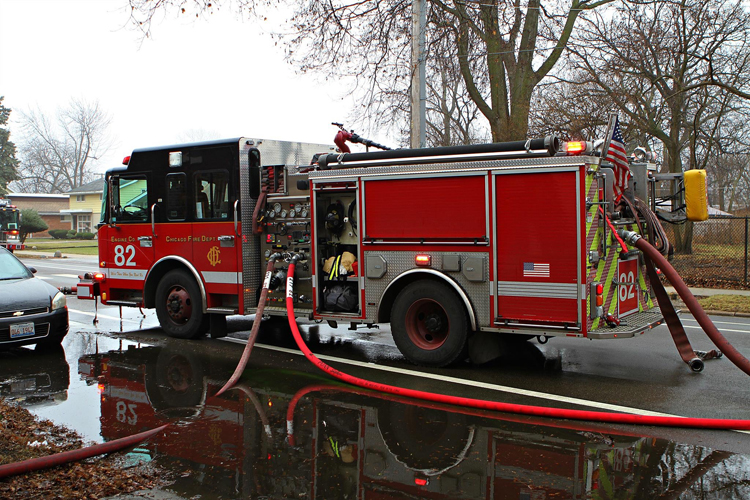 Chicago (IL) Fire Department companies responded to a still alarm and reported smoke on arrival. So, the Englewood Fire Alarm Office filled out a full still alarm for the working fire. BC 23 arrived and reported a two-story ordinary structure with fire on the second floor. He ordered one line to the fire floor and one on the first floor with the truck company opening the roof. Units on scene transitioned to a defensive operation because of heavy fire through the roof. Shown is Chicago Fire Department Engine 82 operating at the scene of the fire. Photo by Tim Olk.