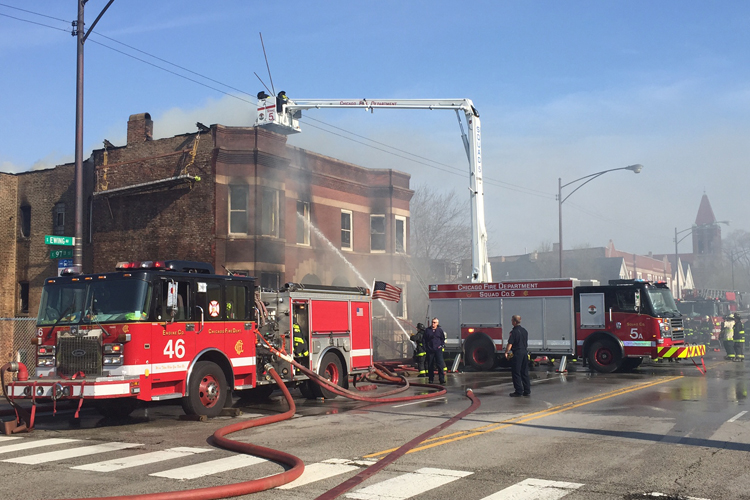 Today’s Photo of the Day is courtesy of Photographer Tim Olk. One of the Chicago (IL) Fire Department’s new Rosenbauer squads was placed in service at this two-alarm fire at a commercial structure. The rear of the building collapsed shortly after a possible explosion. One man received burns to 27 percent of his body. Another sustained injuries after jumping out of the building. Photo by Tim Olk.

CLICK HERE FOR FULL APPARATUS GALLERY FROM THIS INCIDENT >>