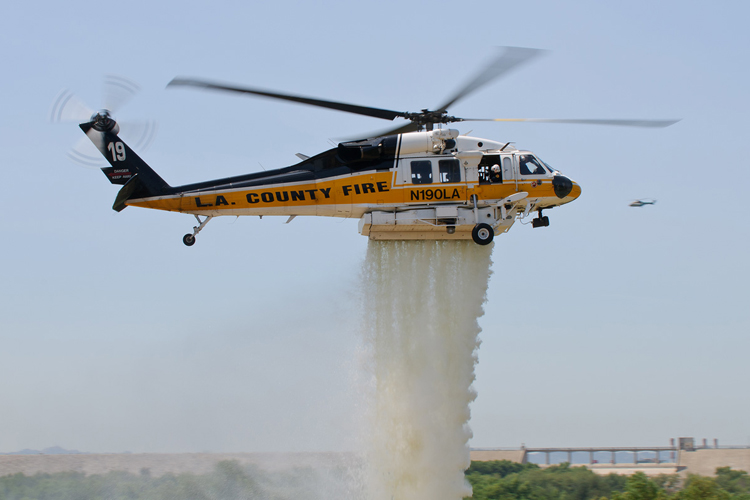 Los Angeles County (CA) has purchased two S-70i Firehawk™ helicopters built by Sikorsky, a Lockheed Martin company, as regional multimission aircraft for its Air and Wildland Division to bring the total number of Firehawks in its fleet to five aircraft.

Thomas Ewald, assistant chief for the Air and Wildland Division, says LA County wanted an aircraft that could carry as much water as possible, have a good head pressure design on its water tank to give an impactful water drop on a wildfire, and have good speed to move from water to fire and back again. “The S-70i Firehawk has a 1,000-gallon external water tank located under the aircraft between the wheels, a 30-gallon foam tank, and a retractable snorkel hose that can refill the water tank in one minute,” Ewald points out. “It’s great having that 1,000-gallon water tank, compared with a typical helicopter bucket operation of between 280 and 350 gallons per drop.” 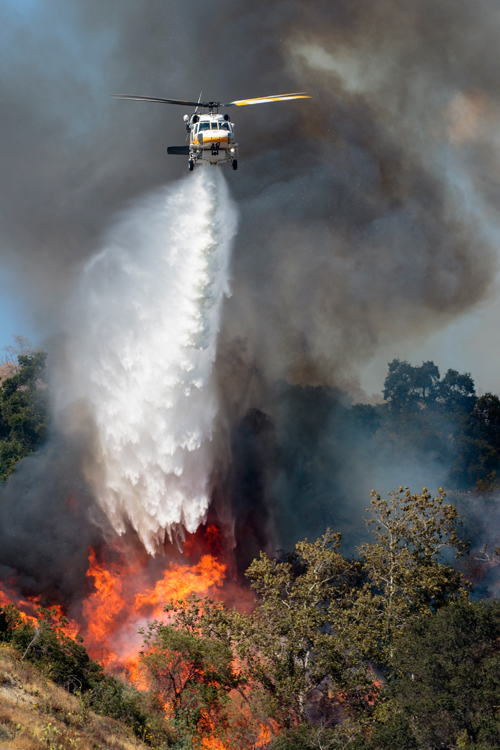 Jeanette Eaton, regional vice president of North America commercial sales for Sikorsky, says, “This aircraft is designed to military standards, shows incredible agility and performance, and has two powerful engines. LA County also wanted a helicopter that could perform search and rescue missions, high angle and swift water rescues, emergency medical services flights, and be able to carry litters.” She notes that the Firehawk has seating for 13 people, with seats that fold up and store in the ceiling of the aircraft.

Eaton says that the two new Firehawk aircraft for LA County have redesigned rotor blades that allow the aircraft to fly to higher altitudes in high-temperature situations, and also more efficient engines. “The water and foam tanks are computer-controlled, and the tank doors can open for a quarter, half, three-quarters, or a full drop,” she says.

Ewald says that the Air and Wildland Division’s air fleet consists of five Firehawks and five Bell 412 helicopters, staffed by 15 pilots and a total of 63 personnel. “We staff three regional multimission aircraft daily,” he says, “for firefighting, EMS and transport, search and rescue, swift water rescues, and high-angle rescues. We perform approximately 125 hoist rescues annually and have conducted some of them at 7,000 feet. The Firehawks are great at performing hoists because they can hover in fairly strong cross winds and do a hoist operation with very little movement of the aircraft.”

On high fire hazard condition days, LA County’s Air and Wildland Division staffs additional helicopters for fire resources. “We’ll carry an 11-person wildland crew to a wildland fire, drop off the crew to cut line, then go back and pick up water to drop in order to assist the ground crews,” Ewald says.

Ewald points out that the two new Firehawks also have the ability to conduct night time over-water operations because of a new onboard avionics suite. “The Firehawk is an extremely effective, multi-role firefighting helicopter,” he says.

Rurally Speaking: Are You Bulletproof?