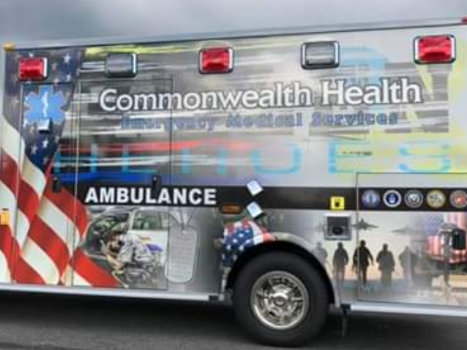 Commonwealth Health EMS headquartered in Scranton, Pennsylvania, revealed an ambulance with a special meaning on Tuesday, October 23. The “Fallen Hero” ambulance pays tribute to members of the emergency services and military community from Northeastern Pennsylvania who have paid the ultimate sacrifice in the line of duty.

The families and friends of many of the fallen heroes immortalized on this tribute ambulance were on hand for the unveiling ceremony. The event was also attended by representatives from Scranton Fire Department, Scranton Police Department, the Pennsylvania State Police, the Pennsylvania Army National Guard and administrators from Commonwealth Health System and local elected representatives. 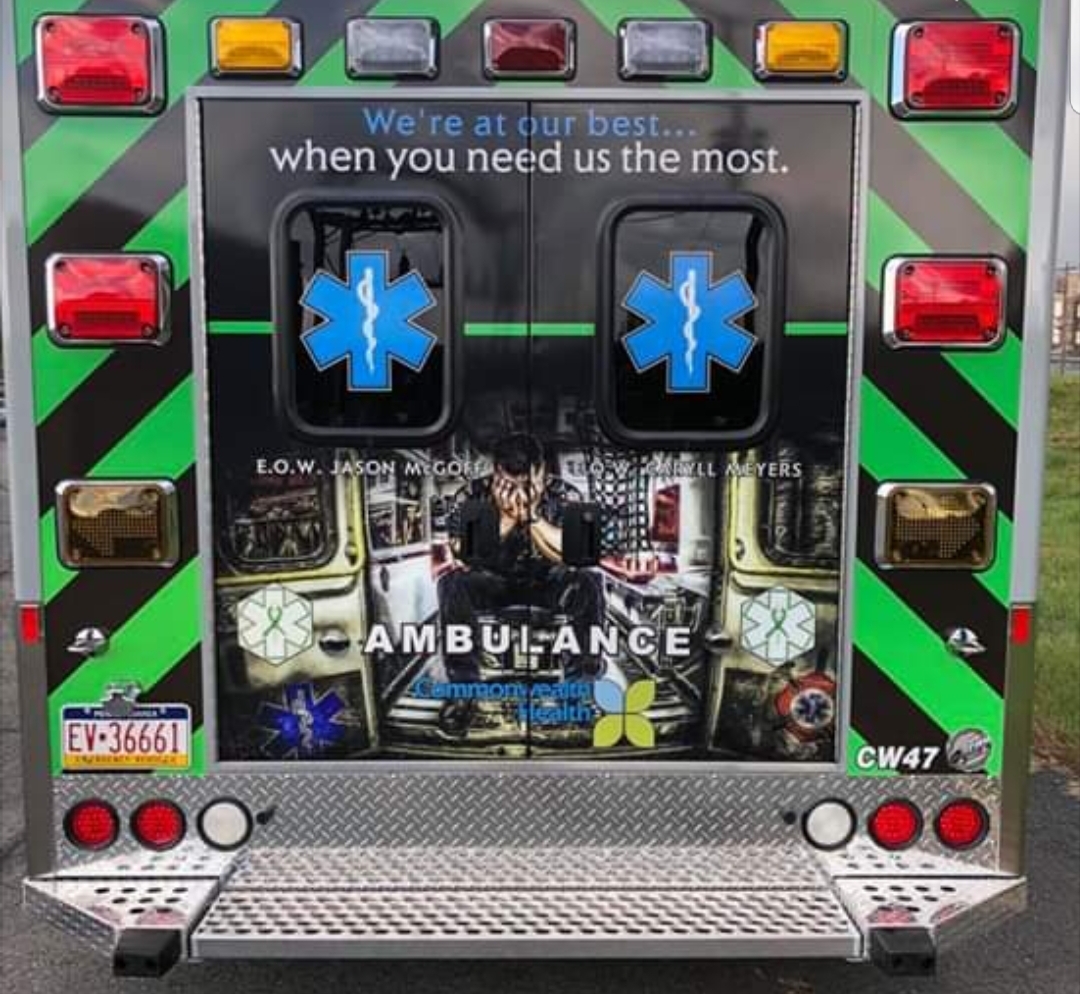 Listed along the passenger’s side of this ambulance are the names of members of the EMS, law enforcement, fire service and towing communities who have been lost. The driver’s side pays tribute to those members of the community who have sacrificed their lives while serving in the military. The graphics represent all branches of the armed services. The hood features at tribute to those lost on 9/11 following the terrorist attacks at the World Trade Center, Pentagon and aboard Flight 93 in Pennsylvania. The graphics feature newspaper and magazine articles from the days following these tragic events. In addition to those LODD which have been memorialized, the rear of the ambulance features the names of two EMT’s who completed suicide after struggling with mental illness.

Each of the names what adorn this special vehicle have great significance to the men and women of CHEMS. Three such names where members of the CHEMS family. Two of those names are Jason McGoff and Caryll Meyers. Each worked at CHEMS as EMT’s, their suicides occurred just one week apart in July of 2018. These events have inspired the leadership and staff at CHEMS to fight the stigma of mental illness and the membership has created a Peer-Support Team to encourage meaningful dialogue.

Another tragic loss was John Demkosky, a medical line of duty death in 2010, John’s death still affects the team to this day. Each of these members has been memorialized on the wall of the crew room of at the CHEMS headquarters in Scranton, where each of them left a lasting impression on all of those lucky enough to call them friends, and now they share space on this very special rig.

Like most EMS organizations, CHEMS has deep, personal connections with other agencies, such as the Scranton Police Department, who lost Officer John Wilding in the line of duty during a foot pursuit. Corporal Bryon Dickson of the Pennsylvania State Police who was murdered in 2014; not only was Cpl. Dickson a veteran of the PSP and of the USMC, but his family has close familial ties to CHEMS.

Other names include Captain James Robeson of the Scranton Fire Department whose tragic death occurred in 2008 and Factoryville Fire Company Assistant Chief Russell Gow, who died following a structure fire and whose name is memorialized in the Gruen-Gow Memorial CISM Team which serves the region.

“This truck tells a story—a story about heroes and their heroic fight” says Joe Moran, Operations Manager of CHEMS.