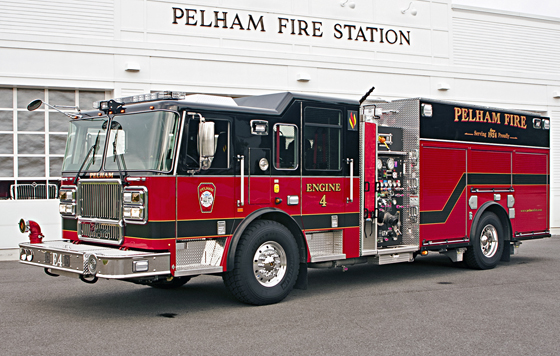 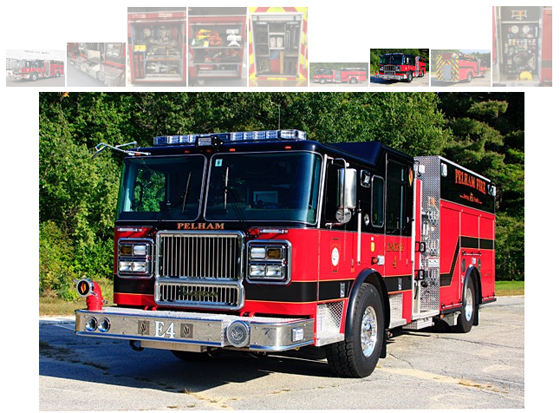 Trouble with aluminum oxidation and paint chipping off the bodies of their fire trucks meant the Pelham (NH) Fire Department had to consider an all-stainless steel vehicle for a new rescue-pumper it was spec’ing out last year. The department started with specs for an aluminum body and had eight vendors interested but changed to an all-stainless steel rig and ended up with three manufacturers bidding on the vehicle.

John Ignatowicz, a Pelham lieutenant and chair of the department’s truck committee, says the fire department told the bidders it wouldn’t be required to accept the low bid, but it could choose any of the three that met the spec’s criteria. “Three companies bid on the final specs,” Ignatowicz says. “Seagrave fell in the middle of the three bids, and after consideration, we chose Seagrave and our board of selectmen approved the choice.”

The resulting rescue-pumper, delivered in June 2015, is built on a Marauder II chassis with a 141-inch cab with a 10-inch raised roof and is powered by a Cummins 450-horsepower engine and an Allison six-speed automatic transmission. “We set the vehicle up so the driver’s side is the fire suppression side and the officer’s side is the rescue side,” Ignatowicz says. “At the preconstruction meeting, we discussed with Seagrave’s people where our equipment would go in the compartments and how we wanted it all mounted on an assortment of slide-out trays and tool boards.” 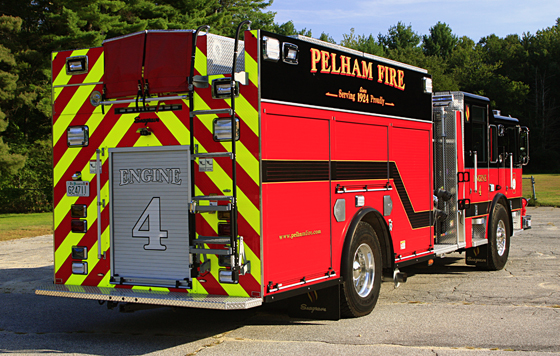 Charlie Nigzuz, manufacturer’s rep for Fleetmasters Inc., which sold the rescue-pumper, says Pelham wanted the vehicle set up to accommodate six firefighters with an emergency medical services (EMS) compartment in the cab, have a lot of lighting, full-depth and full-height compartments on both sides, and coffin compartments on top. “For lighting, we put on Whelen Pioneer Plus 12-volt LED lights,” Nigzuz says, “one on the brow, two at the rear, and two on each side of the vehicle. We also installed two Whelen Pioneer Plus 120-volt LED telescoping lights that can swivel 360 degrees on each side of the back of the cab at the pump house.”

The Seagrave rescue-pumper carries a Hale QMAX 1,500-gallon-per-minute (gpm) single-stage pump, an 800-gallon water tank, a 25-gallon foam tank, a FoamPro 2002 system, and master intake valves (MIV). “We have five discharges that are foam-capable: our three speedlays, the rear driver’s side discharge, and the front bumper discharge,” Ignatowicz points out.

Ignatowicz notes that originally the specs called for crosslays, but the truck committee determined they would be too high for some of the department’s firefighters and switched the specs to speedlays, which sit much lower but add a bit of length to the vehicle. The speedlays carry two trays of 200 feet of 1¾-inch hose, and 200 feet of 1½-inch preconnect, he says, while the front bumper has a five-inch front suction and 150 feet of 1¾-inch preconnected hoseline.

Hydraulic rescue tools are carried in the officer’s side rear compartment, Ignatowicz says. “We have an Amkus electric-over-hydraulic pump powered by our onboard Onan 10-kW hydraulic generator, with two hydraulic hose reels of 200 feet each connected to two cutters, one spreader, and three rams of varying sizes,” he notes. Other compartments on the officer’s side hold miscellaneous lighting, power tools, a hydraulic jack, tool boards for struts and other tools, and air bag storage.