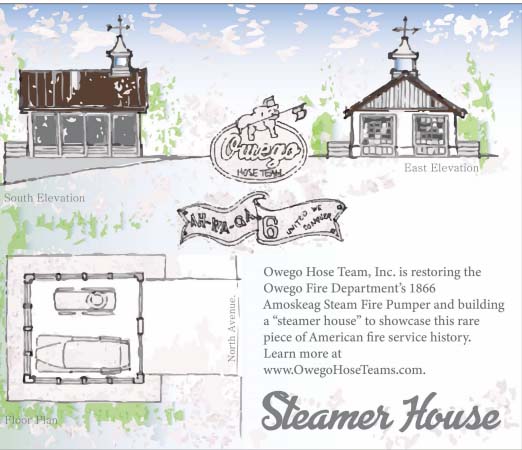 Groundbreaking for the new antique steam fire engine house in Owego (NY) was held on Monday, Oct. 18, according to a report published by WBNG.

According to the television station, the new building is being constructed to showcase Owego Fire Department’s 1866 steam fire engine and a 1938 Sanford hose truck, both of which will be shown publicly when the building is complete.

Construction is set to begin immediately on the facility which is just north of Fire Station #2, according to the report, which also says the building will incorporate an antique fire bell that was once in the Central Fire Station, but is now being restore. The report also said the site will have an eternal flame honoring all the past and present volunteer firefighters.