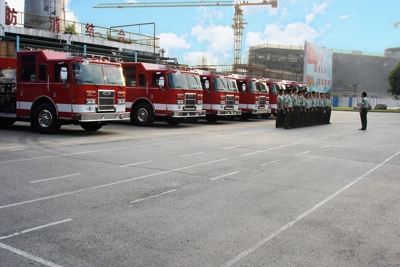 The Fire & Emergency segment of Oshkosh Corporation (NYSE:OSK) announced today that it has sold over 100 Pierce® fire trucks and Oshkosh® airport vehicles in China during the fiscal year that ended on September 30, 2011. The first group of Oshkosh Fire & Emergency vehicles sold in China was delivered in June 2010.
China’s continued urbanization and economic growth translate into an increasing need for fire protection at airports and municipal/industrial areas throughout the country.
“From engineering to production, we are fully committed to our customers’ satisfaction and we are honored that Oshkosh was selected to provide these vehicles,” said Jim Johnson, Oshkosh Corporation executive vice president and president, Fire & Emergency. “The Oshkosh and Pierce brands continue to experience acceptance and growth on the world stage due to their high quality and superior performance. China is an excellent example of the momentum we have seen for innovative and world-class fire apparatus and airport snow removal vehicles. And our in-country customer support team stands ready to provide world-class after sales service and parts support across China.”

Oshkosh Fire & Emergency has sold over 100 vehicles in China in the
past 12 months, including these Pierce® pumpers.

In the municipal, industrial, and oil & gas sectors, Pierce’s advanced high technology fire trucks are well suited to meet China’s needs. Pierce custom vehicles sold within China over the last 12 months include high-rise pumpers, aerial ladders and industrial pumpers, which will be deployed in fire departments across multiple provinces in China. 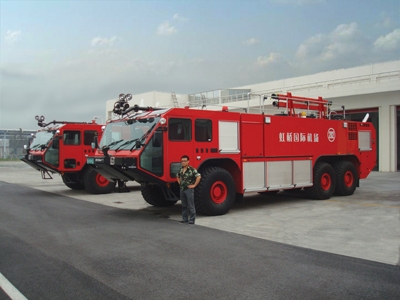