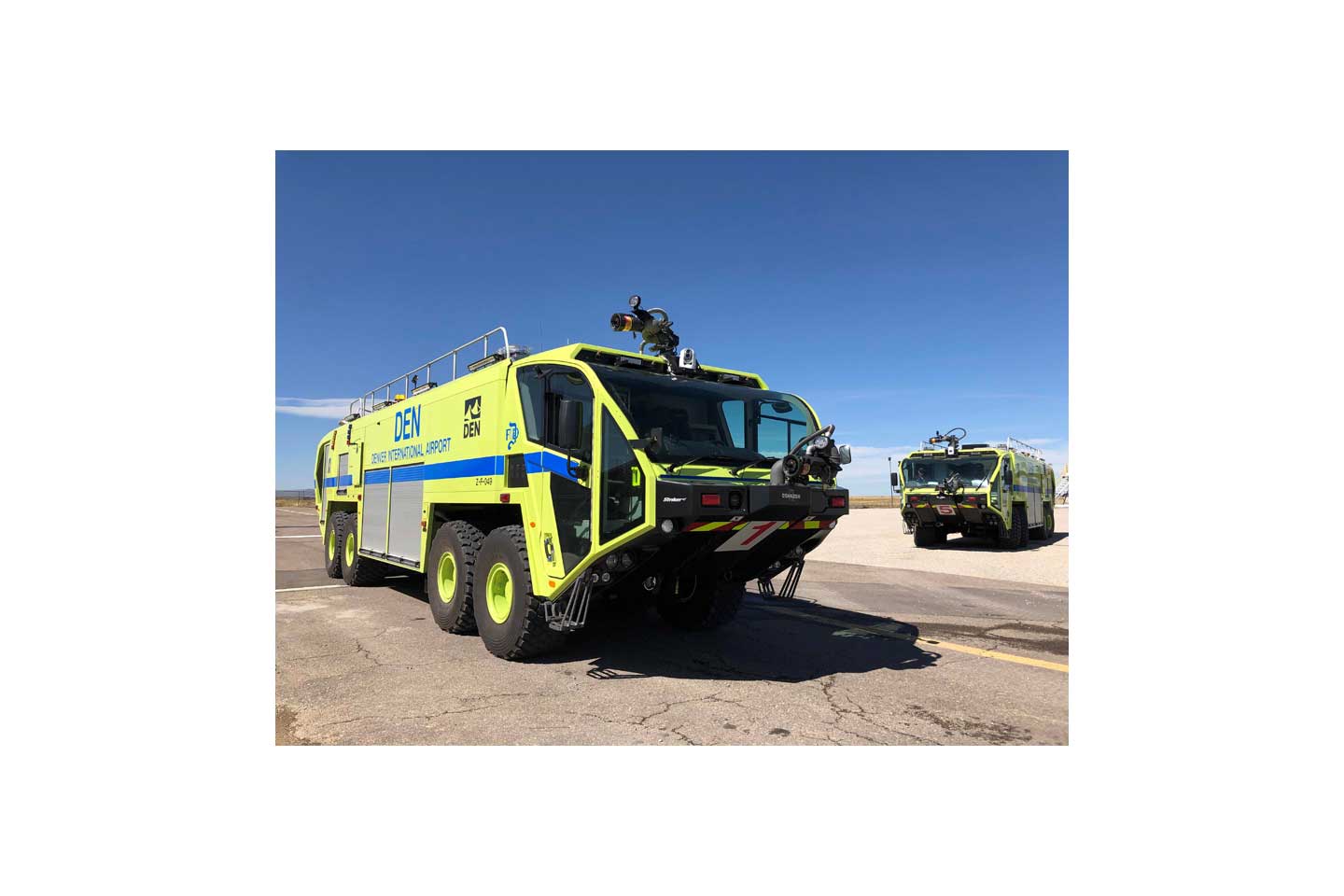 Oshkosh Airport Products has hit a monumental milestone with the production and delivery of the corporation’s 5,000th aircraft rescue and firefighting (ARFF) vehicle – representing 60 years of ARFF product development and support for airports and militaries across the world. The 5,000th ARFF vehicle symbolizes a long legacy of Oshkosh Airport Products’ development of the highest performing apparatus and technology in the industry.

As a new product introduced in 2017, the Oshkosh® Striker® 8×8 with twin rear-mounted engines was proudly delivered to Denver International Airport in September 2019.

“Since 1953, it has taken the work of thousands of people who have dedicated their lives to allow the company to reach the monumental milestone of producing our 5,000th ARFF vehicle,” said Erik Lampe, vice president and general manager of Oshkosh Airport Products. “Our customers are serving a lifesaving mission, and it’s an honor to be a part of a team that is committed to supporting their work by delivering the highest performing products available. We look forward to continuing our legacy of innovation and will keep our passion for earning trust at the forefront of what we do each day.”

The delivery of the 5,000th ARFF truck isn’t the first notable milestone for Oshkosh Airport Products. Past highlights include:

“We have manufactured ARFF vehicles longer than any other company in the United States and all of our pioneering technologies have been developed in-house,” said Jack Bermingham, product manager for Oshkosh Airport Products. “The production and delivery of our 5,000th ARFF truck demonstrate our devotion to technology, innovation, and providing options that give airport firefighters the ability to improve their capabilities and response times.”