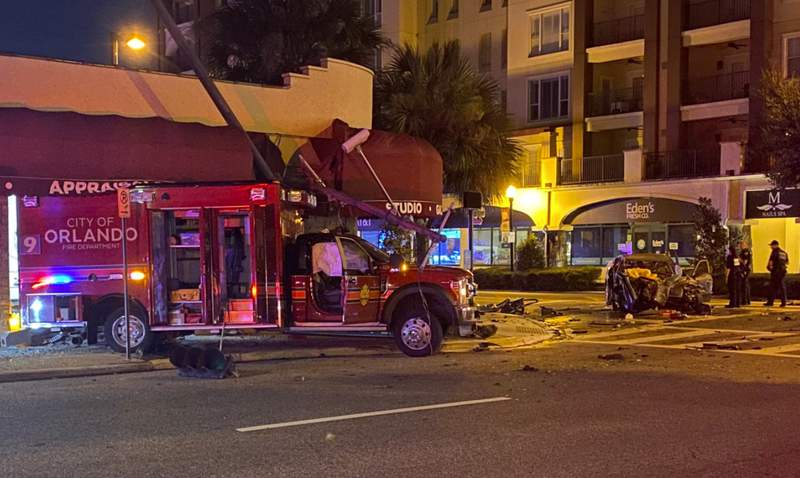 A crash between an Orlando (FL) Fire Department rescue unit and a compact sedan killed a passenger and seriously injured two others on Friday morning in College Park, according to a report published by the Orlando Sentinel.

A passenger in the KIA sedan was pronounced dead at the scene and two others were hospitalized, the newspaper reported.

The crash occurred at the intersection of Edgewater Drive and West Streets at 2:45 am, the paper reported.