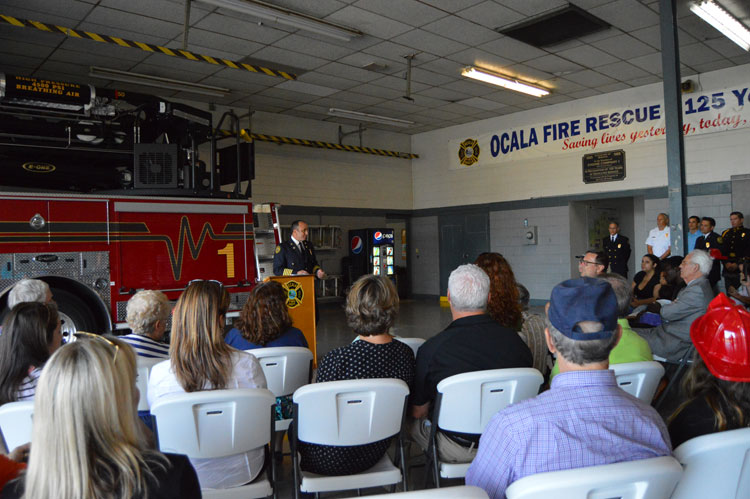 The ceremony, which began with a presentation of colors by OFR’s honor guard, included a brief address by Fire Chief Bradd Clark, who spoke of the fire truck’s features, the design process, and the overall history behind the traditional ceremony. The pushing in of the truck, proceeded.

Having completed the age-old tradition, dating back to the times when horse-drawn steam engines had to be pushed back into the station by firefighters after a call, Tower One was announced to be officially in service. Completing an inaugural lap around Tuscawilla Park, Tower One returned to Station #1 to a warm welcome from those in attendance. The excitement of the night peeked after fascinated community members witnessed the magnitude of the ladder capabilities, and increased further more once the apparatus tours and photo opportunities took place. 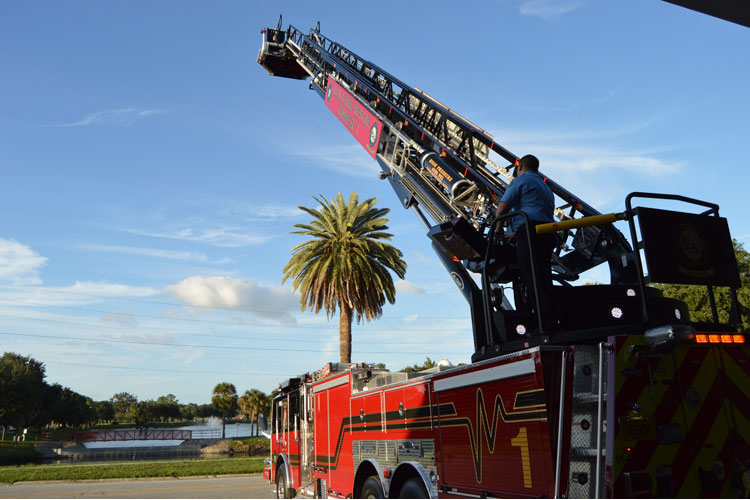 “The purpose of this ceremony was to share the excitement of this valuable piece of equipment with the community which we serve. There simply could not have been a better measure of success than the support exhibited by everyone in attendance”, said Public Information Officer Ashley Lopez.

Proposed Settlement in the Works for American LaFrance Workers