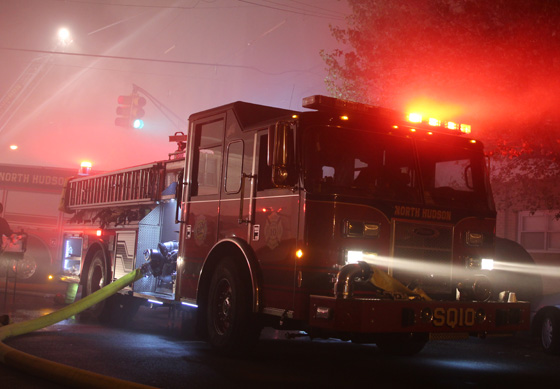 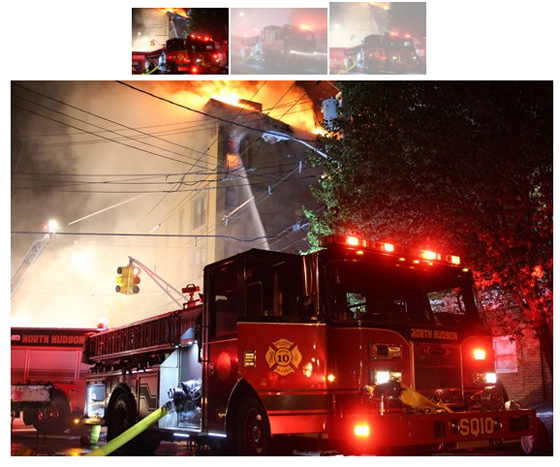 Squad 10 is a 2012 Pierce Saber 1,500/500 pumper in service with the North Hudson (NJ) Regional Fire Department. It is shown operating at a 4th alarm incident at an occupied five-story ordinary OMD, 51st Street, West New York, NJ, on May 8, 2015. After an apparent delayed alarm (neighbors smelled smoke for about an hour and no smoke alarms were heard) a fire raced through the ceiling/cockloft area of the building.  As conditions rapidly began to deteriorate, an evacuation of members was ordered and master streams set up, including four ladder pipes and one deck gun.

Photos and description by Ron Jeffers.