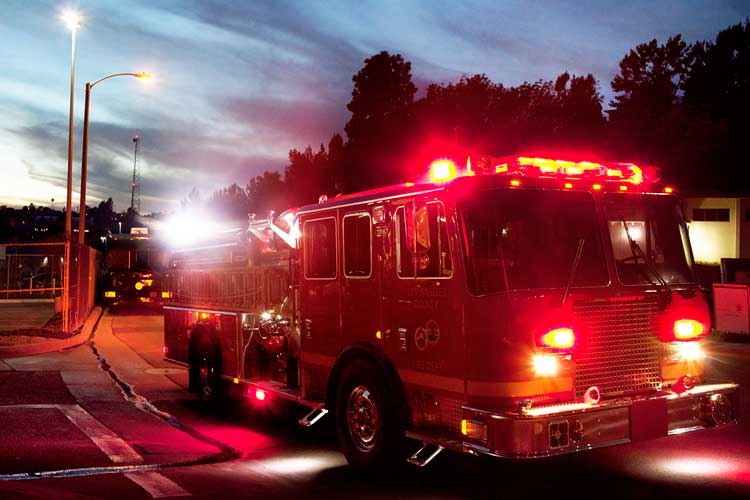 The 2021 Fire Department Instructors’ Conference (FDIC) last month offered an excellent opportunity to interact with firefighters, fire apparatus, and component part manufacturers as well as their dealers. I surreptitiously asked many what their opinions were of the proposed changes—or if they had any—in the National Fire Protection Association (NFPA) warning light requirements. Except for a few, most responses were: “It is was it is.” “There isn’t too much we can do about it.” “The NFPA will do what they want.” “It’ll be whatever the manufacturers want.” I was amazed at their comments and for them not having the same degree of warning light enthusiasm that I have. To avoid biased responses, warning light manufacturers were not sought out. [Disclaimer: I do not sell nor work for any manufacturer, and I am no longer an active firefighter.]

There is a formal process where anyone can make suggestions and comments (input) on all NFPA standards. The process nullifies the “can’t do nothing about it” statements made above. I have suggested making changes to NFPA 1901 many times in the past; some were rejected, and some were not. So, it can be done.

The submitted public comments and suggested changes to the new NFPA 1900 standard are accessible at that website. Included are the names and affiliations of those making changes and their justification for making them. And, most importantly, the NFPA committee’s written response to those changes are also there. Nothing is hidden from public view.

The document’s 1,658 pages of proposed changes includes the NFPA committee’s responses as to whether the committee will reject or accept them partially or in total. Supposedly, more than 1,800 public comments were made that the NFPA committee had to address. Public comment on the input and draft document closes on November 12. “Speak now or forever hold your peace.”

The 1,658 pages were browsed through only for changes applicable to warning lights. I interpreted most changes are to make the new document easy to read and more understandable than the previous standards. Some actual committee statements include:

Comments and proposed changes were made by end users, manufacturers, industry experts, as well any interested party. There has been skepticism (not an accusation—just an observation) in the industry and fire service that some proposed changes were or might benefit a single manufacturer. The warning light industry is highly competitive. I found it amazing that several of the proposed changes included this notation under the heading of Statement of Problem and Substantiation for Public Input: “Supported by Code-3, Federal, PowerArc, & Whelen.”  Cooperation and agreement among warning light rivals for the benefit of the fire service!

It appears the warning light portion of the new NFPA 1900 is very similar to the old 1901 requirements with the minimum optical requirements remaining the same. Green has been approved as a warning light color but can’t be used to meet NFPA standards. I think that means you can use it in addition to the minimum requirements. The slowest flash rate has been reduced from 75 to 60 flashes per minute, which makes people like me happy who prefer slow flash rates when in the blocking-the-right-of-way mode.

For several years there has been talk of mandating warning lights automatically dim at nighttime to reduce glare. I interpret the changes in the current wording has clarified that a warning light system has to have at least two modes of warning (responding and blocking), but it can have more if desired (such as dimming at night). And, the changing of the modes can be either automatic or by manual switching. That seems to be a fair compromise.

The minimum requirements for warning lights were and still are based upon halogen lighting technology. To my knowledge, there is nothing in the current or proposed standards that stipulates an allowable maximum brightness. Consequently, a basic, low-cost, no-frills, non-blinding but compliant warning light system is still allowed. The only problem with simple yet effective lighting systems is the lighting manufacturers may no longer offer them. Also, will vendors and manufacturers push it or the latest, greatest, brightest, and most expensive system available in the western hemisphere?

Warning lights are one of the last items on a fire truck that a fire department can truly customize. Remember, the deadline for public input for proposing changes to any part of NFPA 1900 is November 12. As previously mentioned: “Speak now or forever hold your peace.”