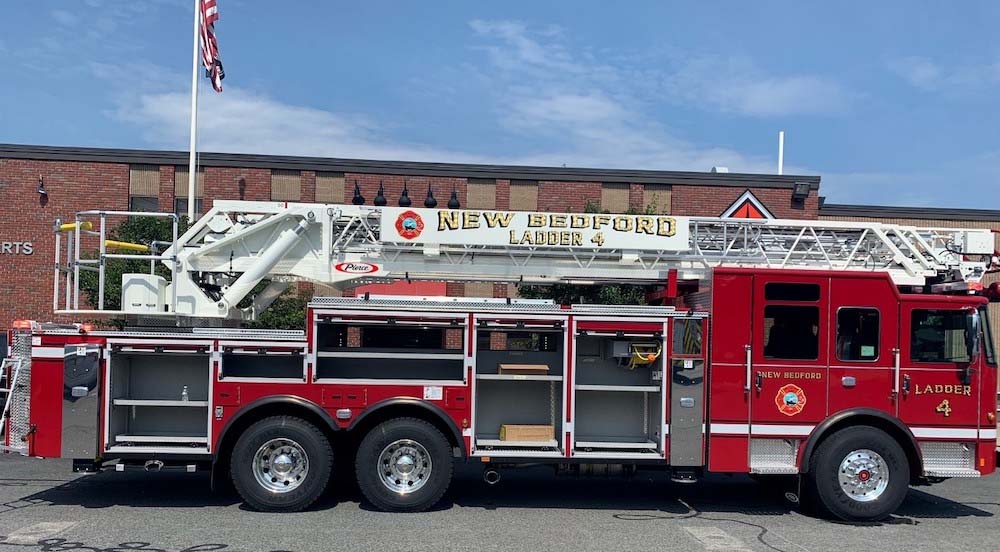 The New Bedford (MA) Fire Department has recently taken delivery of a $1.15 million aerial, according to a report published by Newbedfordguide.com.

The website said the new aerial, which has a 100-foot ladder, was purchased to upgrade fire protection and emergency services in the North End.

Although the new Ladder 4 won’t go into service until Thursday, it made it public debut at the city’s 9/11 remembrance on Saturday, the website reported.

The new ladder is the “New England” edition of Pierce Mfg’s, ladder truck, designed to be used on narrow streets often found in older cities, according to the report.

The new aerial is the first new ladder to be assigned to Station 8 since 1989, the website reported.