A Weis Draft Commander is set up to test a pumper at the West
Plainfield Calif. Fire District. 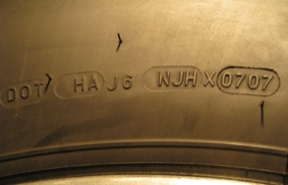 The Danko Draftmaster can handle pump testing chores up to
2,600 gpm.

To comply with National Fire Protection Association (NFPA) standards, pumpers should be pump tested each year and, by doing so, departments earn points under the ISO fire suppression rating system.
But the reality is a lot of pumpers are not tested.

“Numerous fire trucks in the field won’t pass the pump test,” Weis said. “In many cases, when they get ready to run a pump test, the primers don’t work.”

Weis Fire & Safety Equipment manufactures the Draft Commander 3000, a draft tank with the means to bring pump test capabilities to a fire station or remote locations.

The Draft Commander has a 3,000-gallon T-shaped reservoir made of one-inch polypropylene by UPF mounted on a heavy-duty U.S. Department of Transportation-rated transporter. The unit can test apparatus up to 3,000 gallons per minute, and it’s equipped with drafting tubes and swivels, hard suction hose, aluminum inlet manifolds for flowing water, a pump testing monitor station, a hand held monitor and storage areas for hose and equipment.

The Draft Commander is designed to comply with the 2007 edition of the NFPA 1911 standard for the inspection, maintenance, testing and retirement of fire apparatus.

“NFPA 1911 says your primer on the fire truck must work,” Weis said. “People think the primer must work only to suck water, but the primer also is used when you get ready to pump water and open up from the booster tank to the pump and there’s no pressure. So you have an air lock and have to yank the primer right away to suck the air out of the pump immediately, instead of having to bleed the air out of the pump.”
Weis said many of the problems he sees during pump tests can be classified as maintenance issues.

“When we perform pump tests, we have numerous tank to pump valves leak,” he said. “There also are a lot of discharge valves that leak. A lot of folks don’t realize all the wear and tear that the valves take, and there’s also the issue of hydrants having sand and grit in them, which wears out the seal rings in the pump.”

Weis said he has found those types of problems at both paid and volunteer fire departments.

“We hear a lot of stories from people who have bought our product where they are astounded when their fire trucks don’t perform as they were intended,” he said. “Often that situation is because of a lack of maintenance. Some of it also has to do with the age of the pumpers, where people don’t realize that certain things have to be maintained.”

Danko Emergency Equipment in Snyder, Neb., makes the Draftmaster pump test and trainer, a unit with a 2,600-gallon UPF water tank and pump test capability up to 2,500 gpm.

Danko President Dan Kreikemeier agreed that pump tests are often not done because of lack of access to facilities. “A lot of people are trying to do those pump tests with folding tanks and are causing a mess,” he said.

And when pumpers don’t pass the test, he said lack of proper maintenance is frequently the issue.

Danko built its first Draftmaster last year. The unit is now used to test pumpers with a municipal fire department in its service area in Nebraska.

The Draftmaster’s control panel can be used to help train pump operators, Kreikemeier said, and is available with an option for electric valve controllers instead of manual valves.

“One of the advantages of the Draftmaster,” he said, “is that we can set up scenarios to train firefighters on problems like loss of suction, broken hoses, variations in pressure and limited water supply.”

The Draftmaster uses a diffuser on the top of the unit that atomizes water into small particles and creates a venturi, bringing air into the flow. The flow then goes through a series of baffles to eliminate the air bubbles, cooling the water, which helps keep the entire unit cool during the pump testing process.

Weis said his firm’s Draft Commander 3000 has an explicit pump testing and pump operations guide that illustrates the parts of the pump, what those areas can and can’t do and how to troubleshoot the pump if it doesn’t test properly.

“We have a 52-point checklist to review while you’re doing a pump test,” he said. “It covers everything from A to Z, from the engine to the pump to valves leaking to the pump leaking.”
Weis has sold about 30 Draft Commander units since the product was introduced in 2007.

John Badger of Alamagordo, N.M., chief of White Sands Missile Range Fire Department, got approval from Otero County commissioners to purchase a Draft Commander last year to replace a drafting pit at Holloman Air Force Base, where the largest pump that could be tested was 1,250 gpm.

“This was the first unit in the state and is the greatest thing we could have purchased,” Badger said. “We first tested the four engines and ladder in my department, and since then every department in the county – about 100 miles long and 70 miles wide – has been tested, which is a total of approximately 40 engines.”

One big benefit of the Draft Commander, he said, “is that instead of taking pumpers to a central location where they’re out of service, we take the tester to the departments.”

Another benefit that was a factor in his decision to purchase the unit, he said, is its ability to conserve water.

James McNeill, the owner of Trinity Fire Truck Certification in Hayfork, Calif., who purchased a Draft Commander 3000 last year, agreed that the water saving feature of a mobile testing unit can be especially important in high drought areas and those with limited water supplies.

McNeill has been doing pump repairs and maintenance on U.S. Forest Service fire trucks in Northern California, north of Sacramento, for more than five years. He called his pump testing service with the Draft Commander “another notch in our hat.”

The unit’s mobility, he said, is a large advantage.

“The fact that the unit is portable is the ticket because it’s self contained, has no gimmicks and is a professional, top-notch unit,” he said. “The best thing about it is how simple it is to set up and use, and besides, the truck doesn’t have to be out of service because we bring the pump tester to the department.”

In the first two weeks after McNeill had the Draft Commander, he said he conducted a dozen pump tests and three demonstrations.

“It’s been a massive success for us,” he said.