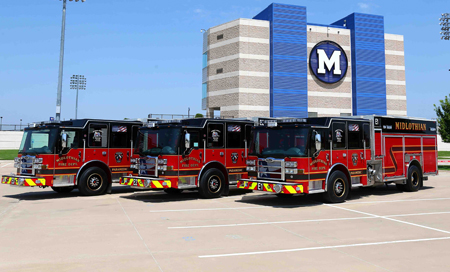 The Dash CF features a tilting cab-forward design that repositions the engine rearward and down between the frame rails, with an open interior configuration to help firefighters better prepare for the unexpected situations they face when arriving on scene. The vehicle dramatically increases driver and officer interior cab space, improves visibility and serviceability, and sets a new benchmark for heavy-duty construction—all in a compact easy to maneuver wheelbase.

The Dash CF apparatus is available with either a Detroit DD13 or Cummins ISL engine, and on a broad range of vehicle configurations—including tandem axle pumpers, aerials, tankers, rescues, and command units.