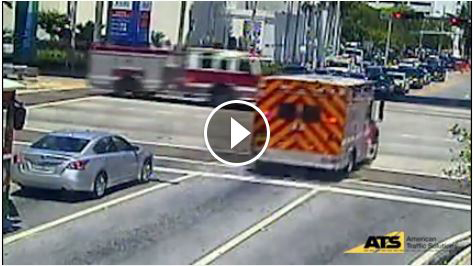 According to the Miami Herald, a Miami firefighter will face a 96-hour suspension after causing a crash wtih a fire truck in August 2015, injuring 12 including firefighters.

According to the report, the city’s policy states that an emergency vehicle driver slow down and make sure an intersection is safe before entering. Gomez stated that the driver failed to do that.

The crash was caught on video from multiple angles. After being struck, the fire truck ended up on its side after rolling and striking another vehicle.