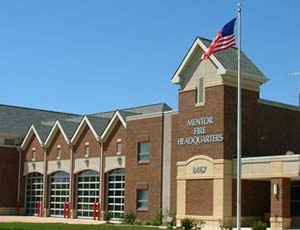 Mentor (OH) Fire Department will soon have a new ambulance and a rescue/pumper in service after the city council approved the purchase of the vehicles to replace an aging fleet, according to a report published by The News-Herald.

The apparatus are included in the current budget and will be funded by the city’s fire levy, the newspaper reported.

The plan includes the purchase of a 2022 Braun Chief XL to replace a 2004 Braun ambulance which will be place in reserve status, the paper reported, adding the cost of the new ambulance will $235,896.

Because the chassis is in stock, it’s estimated that the ambulance will be built in about six months, according to the paper, which also reported it will have an onboard HEPA air filter system, UV interior disinfecting lighting and hard wipe surfaces.

The custom rescue/engine will be built by Sutphen and feature a Monarch severe duty cab and chassis at a cost of $602,000 with a build time of 15 to 19 months, the newspaper reported. It will replace a 2007 model with over 100,000 miles on it and will be place in reserve.

The paper also reported that the new rescue/engine will be a sister truck to one already in the fleet and be equipped similarly with specialized heavy rescue equipment for freeway or industrial accidents.

Both the new ambulance and the new rescue/engine will be assigned to Fire Station No. 5.