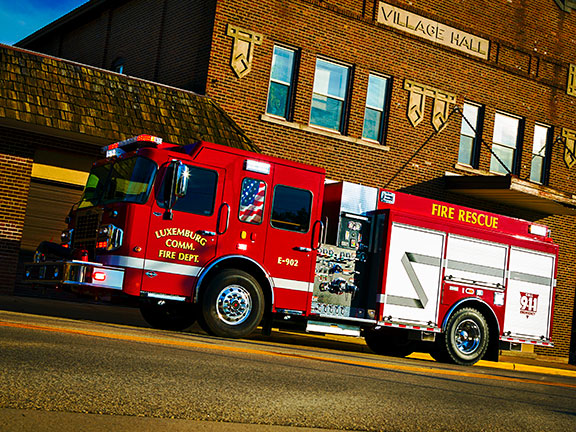 The Luxemburg (WI) Community Fire Department is a previous customer of Marion Body Works, having purchased an engine, a rescue squad, and two tenders (tankers) from Marion. So when Luxemburg started having lots of mechanical issues with a non-Marion-built engine and decided to replace it, the fire department went to its tried-and-true apparatus manufacturer.

Todd Prellwitz, owner of Emergency Vehicles Services, who sold the Marion engine to Luxemburg, says that the fire department checked out the vehicles at his department [Clintonville (WI) Fire Department] and then learned that Marion had a demo unit on the production line. “After looking at the Marion trucks in my fire department, they went to Marion and worked to modify the design of the demo, changing the engine to the specs the department wanted to see on their unit,” Prellwitz says. “They changed several things, like a preconnected low-level suction hose in a special compartment on the rear of the vehicle, adding swing-out tool boards in some compartments, and changing to Whelen LED warning lights and Whelen LED scene lighting.”

Lew DuChateau, Luxemburg’s chief, says the department wanted a custom chassis and cab with seating for six firefighters, a 1,500-gpm Hale Qmax pump, a 1,000-gallon UPF Poly III water tank, an integral 20-gallon foam tank, a FoamPro 1600 Class A foam system, ladders on top of the rig in a rack to allow more compartment space, a generator for lighting, a front suction, and roll-up doors. “We got everything we wanted on the new engine from Marion,” he says. 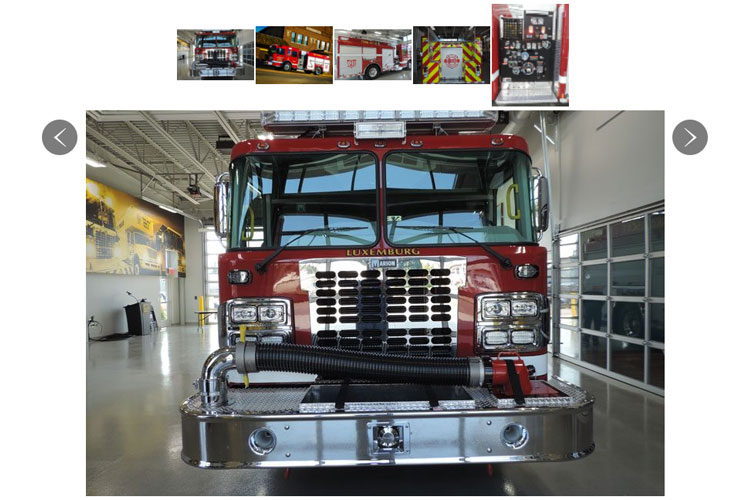 The Luxemburg Community Fire Department protects 140 square miles of three full townships, two partial townships, and the village of Luxemburg with 32 volunteer firefighters from one fire station. Besides the new Marion pumper, the department has a 75-foot quint aerial ladder with CAFS, three tenders, a rescue truck, and a brush vehicle. While the village is hydranted, the rest of the district, which is mostly rural, is not. The district has a population of about 2,600 in residential, commercial, industrial, and agricultural areas.

Shane Krueger, sales manager for Marion, says that Marion installed a Zico single-arm hydraulic ladder rack on the right side of the pump in order to allow for more compartmentation, which the department requested. “We also put on Whelen PF2 LED scene lights for them, as well as a Whelen LED warning lights,” Krueger says. “They also had us install preconnected LDH in a well on the curbside pump panel.”

DuChateau points out that the pumper carries a set of HURST Jaws of Life hydraulic rescue tools, including a spreader, cutter, and set of rams powered by a gas power unit, plus a 150 feet of electric cord on a reel at the right side of the vehicle’s dunnage area.

“This pumper has worked very well for us,” DuChateau says. “Our quint runs first out and drops its LDH halfway down a driveway. The Marion engine backs down, connects to the LDH, and pulls out to the road to hook to the water supply. It works very smoothly.”