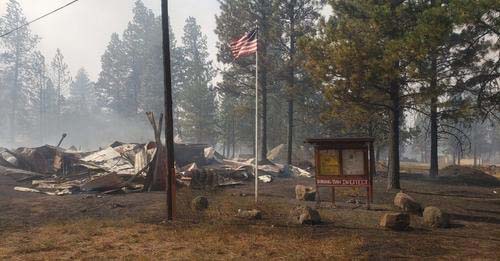 A little more than a year after a wildland fire destroyed the Malden (WA) fire station, the community is gathering funds from grants and insurance claims to rebuild the station, according to a report published by the Moscow-Pullman Daily News.

The paper reported that Malden received a $900,000 grant from the Washington Department of Commerce for the building replacement, the newspaper reported, adding community has already contracted with an architectural firm to figure out how much the building will cost.

The Babb Road Fire, which happened on Labor Day 2020, destroyed much of the Whitman County town as well as public buildings, the newspaper reported, adding that federal funds and insurance payments will help pay for the new fire station.