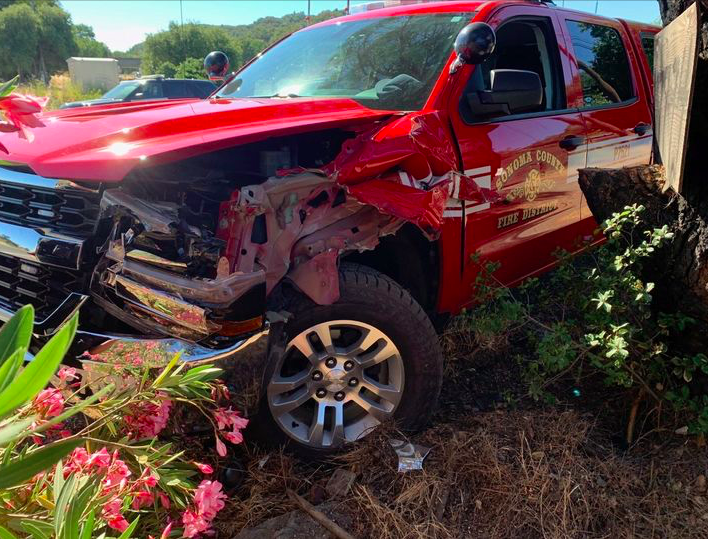 Healdsburg police have arrested a homeless resident accused of stealing a fire truck and crashing it into a tree, reports KSRO.com.

The police department posted to Facebook, “On Thursday, June 3rd, at about 4:30 PM, HPD Dispatch received several calls of a fire pick-up truck driving recklessly on Hwy 101. The reporting party believed the truck to have been stolen due to the manner in which it was being driven and the behavior of the driver. It was soon reported that the vehicle had exited Hwy 101 and driven onto Lytton Springs Rd. where it crashed into a tree and the driver fled on foot. Officers soon arrived on scene and were directed to a large field leading up to the Hwy 101 off ramp and were advised that the driver had run in that direction. … The stolen fire truck received major damage to its driver’s side quarter panel as a result of the collision.”